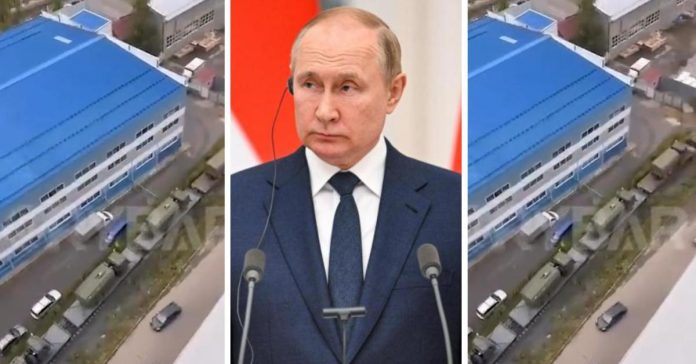 This Monday, October 3, 2022, a “Russian nuclear train” was seen in motion, again raising fears of a nuclear attack by Moscow.

Defense Minister Sergei Shoigu said on Tuesday that more than 200,000 people have been enlisted in the Russian military since the country announced a “partial” military mobilization on September 21 to fight in Ukraine.

Officially, this mobilization, ordered by President Vladimir Putin, would make it possible to recruit 300,000 reservists with military experience or useful skills while the Russian army is in trouble on the Ukrainian front.

“The personnel of the (new) units are trained in 80 military areas and six training centres”, Sergei Shoigu indicated during a government meeting that these recruits would be sent to the front along with other units. Already fought in Ukraine.

According to him, “a significant number” of people volunteered at the country’s military police stations before receiving official mobilization orders. However, he did not give his number.

Beyond this mobilization, Vladimir Putin issues a new warning to the West. A “Russian nuclear train” was actually seen in motion on Monday, 3 October, thus once again raising fears of a nuclear attack by Moscow.

The images have been published on social networks, and in particular on Twitter. Then we can see the nuclear material of the Russian defense on the wagons.