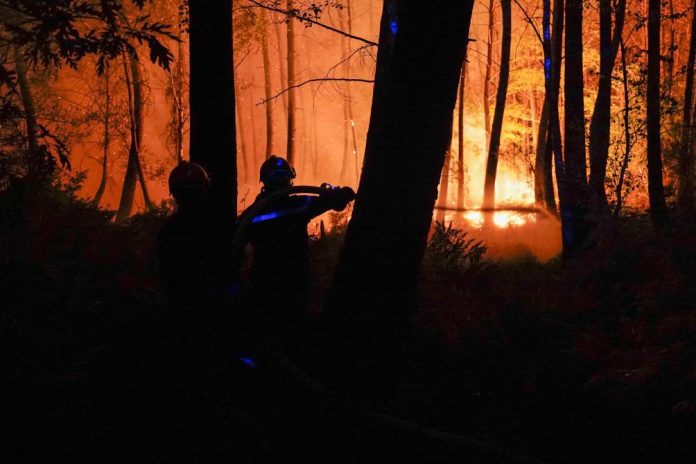 YouA 19-year-old student, a volunteer firefighter in Gironde, was charged and imprisoned on Sunday for “destruction by fire”, suspected to have caused about thirty fires in the Medoc, Bordeaux’s public prosecutor indicated in a communication.

Arrested on Friday morning, the young man from Lespar-en-Médoc (Gironde) and volunteer firefighter in Soulac-sur-Mer, according to the same source, “partially” admitted to his involvement during his police custody.

Justice charged him with being at the origin of 31 fires that occurred between July 29 and August 21, which led him to be prosecuted primarily for “destruction by fire of wood, woods, moors, maki or other plantations , which is likely to cause harm to persons.”, makes an act punishable with criminal imprisonment of fifteen years.

A “voluntary and criminal character”

During this summer period, about thirty fires “of a voluntary and criminal nature” were observed “in a restricted geographical area north of the Médoc” in Soulac-sur-Mer, Le Verdon-sur-Mer, Greyant. -et -l’Hpital, Saint-Vivien-de-Médoc and Vensac, according to the prosecution.

During this period about 45 gendarmes were mobilized and examined by the research brigade of Lespré’s company and the research section of Bordeaux. According to the prosecution, the alleged arsonist “confirmed his confession” before the investigating magistrate, who produced him with the indictment on Sunday.

He was then placed in pre-trial detention, in accordance with the expectations of the prosecution.