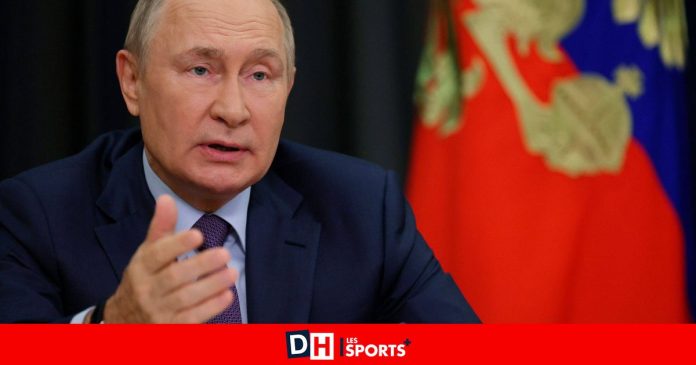 “We know that the West is creating scenarios for provoking new conflicts in the CIS space. But we already have enough (conflicts),” he said at a meeting with officials. Security services of the member states of the Commonwealth of Independent States, which brings together the former Soviet republics.

“Just look at what is happening right now between Russia and Ukraine, what is happening on the borders of some CIS countries. All these are, of course, the consequences of the collapse of the Soviet Union,” he continued.

The Russian president also claimed that a “more just world order” was being formed through “a difficult process”.

“The unipolar hegemony continues to collapse, an objective reality that the West categorically refuses to accept. And we see everything that comes from it,” he said.

“By clinging to the past and trying to implement the policy of the Dictate in all areas – from international relations to the economy, including culture and sports – this well-known collective West is creating new problems and new crises.” Mr Putin relaunched. ,

On 16 September, during an Asian regional summit, Vladimir Putin had already hailed the “increasing role of new centers of power”, projected as a counterweight to the Western system.

In the past, Vladimir Putin called the collapse of the USSR “the greatest geopolitical catastrophe” of the 20th century.