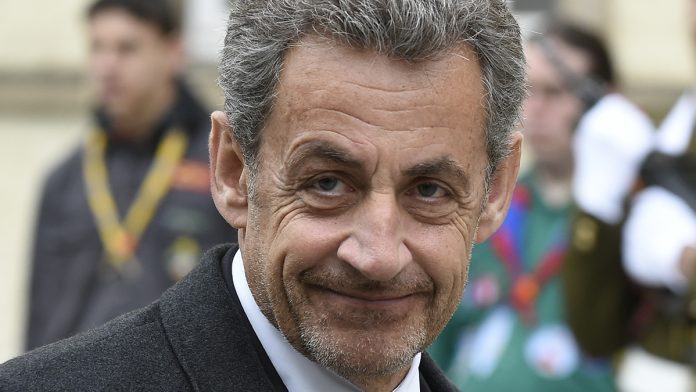 Former President Nicolas Sarkozy, whose appeal hearing in his so-called “wiretapping” case begins on Monday, is living out his political retirement under strong judicial pressure.

In this case, Nicolas Sarkozy was first sentenced on March 1, 2021 by the Paris Criminal Court to three years in prison, including a firm, for corruption and influence peddling.

He was found guilty, together with his lawyer Thierry Herzog, of trying to obtain from a higher magistrate, Gilbert Azibert, information covered by secrecy, even influence, on an appeal in cassation that he trained in the Bettencourt case. was.

In return: a promise of support for a position in Monaco.
The former head of state appealed.

Nicolas Sarkozy was again sentenced seven months later, to one year in prison in the Begumlian case, for illegal financing of his lost presidential campaign in 2012.

Unlike his 13 co-defendants (former campaign officials and UMP as well as the company Bygmalion), the former president was not implicated in the system of false invoicing, which was conceived to hide the bust of authorized campaign expenses. but exceeded the legal limit for these expenditures of over 20 million euros to be made.

Justice also suspects that he financed his 2007 campaign with secret Libyan funds. The groundbreaking investigation began after the publication of documents in 2012 by Mediapart, which confirmed that Tripoli may have brokered its own agreement in 2006 for financing of 50 million euros.

Nicolas Sarkozy, who disputed the facts, was indicted on March 21, 2018 for passive corruption, illegal financing of an electoral campaign and concealment of Libyan public funds, then on October 12, 2020 for criminal association.

His lucrative consulting activities in Russia are also the subject of a preliminary investigation by the National Financial Prosecutor’s Office (PNF), which this time suspects the former president of possible “influence peddling”.

According to Mediapart, which released the information, the investigation was opened in the summer of 2020. Its purpose is to determine whether he “engaged in potentially criminal lobbying activities” on behalf of Russian oligarchs.

Justices have been probing Nicolas Sarkozy, the then president of the republic, two senior Qatari politicians and Michel Platini, UEFA’s one-time boss, for “active and passive corruption” since 2019 over a lunch held in 2010.

Objective: To determine whether Mr. Platini’s vote in favor of Qatar for the 2022 World Cup was obtained in exchange for compensation.

The former president profited from the dismissal in several cases: over private jet trips, which raised suspicions of misappropriation of corporate assets because they were paid for by a company owned by a relative of his, or in the fines investigation into his 2012 campaign finances. The irregularities were settled by UMP.

Justice has also abandoned its proceedings in the case of donations made to UMP by the group’s wealthy heirs.

See also  The day a new state of emergency comes into force, the government is considering the next steps in the absence of a definition - News

L’Oréal Liliane Bettencourt (died 2017), where she was briefly indicted for abuse of power.
presidential immunity

In addition, four former members of Nicolas Sarkozy’s inner circle were indicted in January in the so-called Elysee election case, which were billed between 2007 and 2012 without calling for tenders. The sentence was carried out by Claude Ghent, former Secretary-General of the Presidency and former minister. Appealed for imprisonment of one year including eight months.

The former head of state, covered by presidential immunity that is prevalent for acts committed in this capacity, has never been implicated in the case.