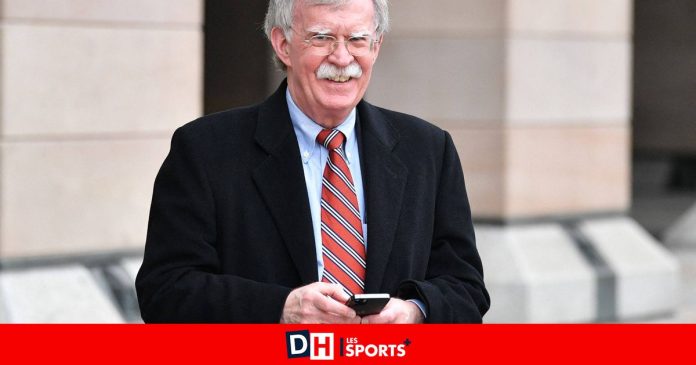 Faced with the claim by a CNN channel presenter that one “doesn’t need to be genius to attempt a coup”, Mr. Bolton replied in a natural tone: “I don’t agree. As someone who helped plan the coup, not here, but you know, elsewhere, it’s a lot of work.”

John Bolton thus states that the January 6, 2021 attack was not a coup attempt on the part of Donald Trump, who was “merely switching from one idea to another”.

Mr Bolton, known for his warm positions in diplomacy, who served as the White House national security adviser in 2018 before being sacked by the Republican president in September 2019, did not specify which coup he would be looking for. were talking about.

But he referred to a failed attempt by opposition leader Juan Guaido to oust Nicolas Maduro from power in Venezuela in 2019, which was backed by Washington.

Along with the neoconservatives, John Bolton was very strict on Iran, Afghanistan and North Korea, notably one of the architects of the 2003 invasion of Iraq.

Bolton’s remarks come as the House’s so-called “January 6th” committee tries to determine the role of Donald Trump and those close to him in the attack on Capitol Hill.

See also  The Belgian army is soon with France in Romania within the framework of NATO? "It's one of the options"