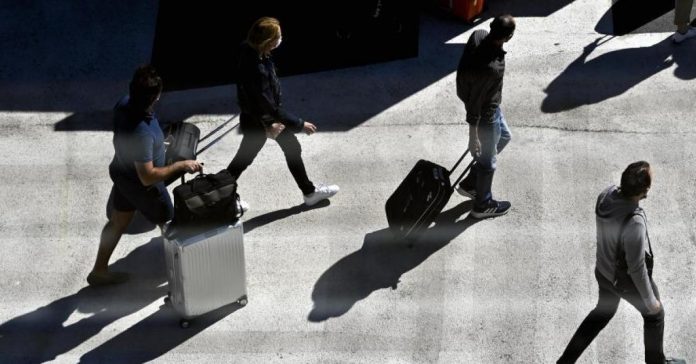 Nearly two years after implementing some of the world’s toughest travel restrictions to combat the spread of COVID-19, Australia on Monday reopened its external borders to all vaccinated tourists.

“The wait is over,” Australian Prime Minister Scott Morrison told a news conference on Sunday.

“Pack your bags,” he told potential visitors to the island continent, adding to his address: “Remember to bring your money with you, because you’ll find plenty of places to spend it.”

The first international flight to Sydney Airport was scheduled to arrive from Los Angeles on Monday at 0600 Australian time (1900 GMT Sunday), followed by others from Tokyo, Vancouver and Singapore.

Only 56 international flights were due to land in Australia within 24 hours of the reopening, well below pre-pandemic levels, but Mr Morrison said he had “no doubt” that that number would increase over time. Will increase.

The giant island closed its borders in March 2020, trying to take advantage of its insularity to protect itself from the pandemic.

First, for several months, this drastic shutdown and a strict screening and tracing policy made it possible to control the effects of the virus.

But the advent of the Omicron version exacerbated the situation, causing thousands of contamination and tens of thousands of deaths per day.

During these two years, most of the time, Australians were not allowed to leave their country, and only a few visitors were allowed to enter the area, which earned the country the nickname of “Fort Australia”.