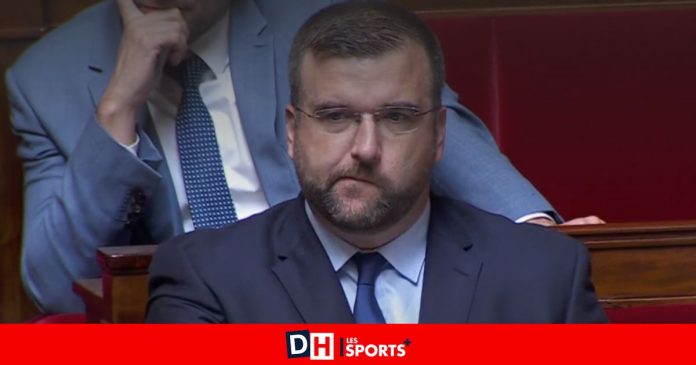 Gregoire de Fornas has recently made himself known tragically Racist remarks made in the National Assembly, The RN (National Rally) deputy for Gironde has now been dropped in the FranceInfo investigation.

Our French allies revealed That the elected far right employs migrant workers at its vineyard located in Medoc, in opposition to European directives on immigration and posted work. was previously raised by suspicion releaseBut on Saturday, FranceInfo went ahead and published a photo showing a makeshift camp where three Portuguese workers were staying at the Gregoire de Fornas wine estate. The images come from a report by German journalists who came to the region to report on the RN vote.

Deputy RN Gregoire de Fornas (“Let him go back to Africa”) condemns the use of foreign workers. Investigation @lisabeaujour And @carvalho_nico This shows that he himself employed Portuguese workers on his own vineyard and under these circumstances. pic.twitter.com/uMTey8fR9k

An investigation that undermines the statements of Gregoire de Fornas, who claimed a national preference for hiring at his winery. ,I am a winemaker in Saint-Germain-d’Estuil, with far fewer resources than the Grand Crus of Poillac, and yet I only hire local workers”, He had assured on France Blue in 2019.

Except that the member does not apply this rule to the letter. He employed foreign workers at least twice. In 2019, he himself complained on Facebook that he had been duped by the company responsible for recruiting seasonal workers.

During a report for the daily by two German journalists in April 2022 Frankfurter Allgemeine Zeitung, The deputy replies that“There were just no French staff available”, And the owner of the property lays the blame on his father.

Our investigation shows that Gregoire de Fornas has indeed employed foreign workers on several occasions, while criticizing the exploitations that foreigners resort to in the media. And contrary to what he says, he didn’t just screw up “once”. pic.twitter.com/EJSZMOP3AM

After the broadcast of the investigation, Gregoire de Fornas took to Twitter to complain of being the victim of a “manhunt”. ,This ‘investigation’ by FranceInfo is incredibly dishonest: it was me who made public the way in which some companies presented brewers with a conviction. This is the reverse of this belligerent journalism.He has written.

This “investigation” by France Info is incredibly dishonest: it was me who publicly presented some of the companies brewers with a conviction.

This discovery is painful for this combative journalism! https://t.co/JPFrt0xj5L