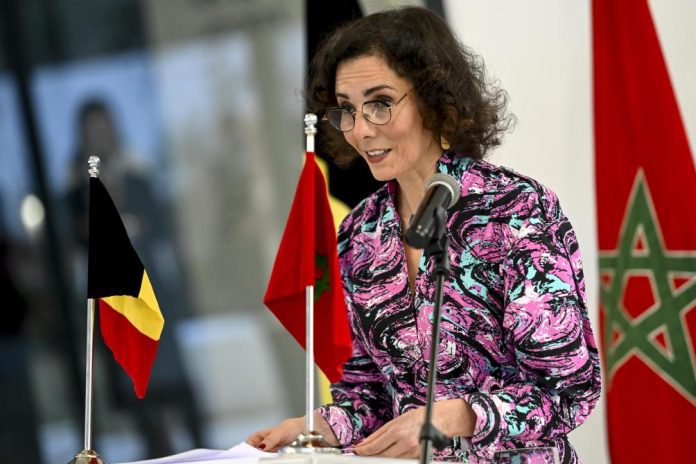 FAcknowledging the questions raised by his statements during his working visit to Morocco on 20 and 21 October, Belgium’s Foreign Minister Hadja Lahbib clarified his remarks, “inviting the resumption of discussions, which are two was stalled for more than a year and to find a solution”, she told the Belga agency. “Belgium is thus in line with the positions held by other European countries such as France or Germany,” the minister said.

During his recent working visit to Morocco, Foreign Minister Hadja Lahbib announced that he considered the autonomy plan presented by Morocco in 2007 as “a serious and credible effort, and a good basis from which to build a solution”.

This statement caused a stir. Notably a group of professors from Belgian universities who have signed, Evening, a white card. In this he shared many doubts and questions.

Firstly, because the Moroccan Initiative refers only to “the negotiation of a statute of state sovereignty for the Sahara region (…) and autonomy within the framework of its national unity”, which, according to him, does not, in fact, include any possibility of independence for Western Sahara, except for this option being proposed during a future referendum. “This is why the support given by Belgium to this plan is particularly problematic, as it presumes to accept the basis of Moroccan sovereignty,” he says.

The signatories to carte blanche also drew an analogy with the conflict in Ukraine. In the same speech, Minister Hadja Lahbib referred to the defense of Ukraine’s territorial integrity and its rejection of illegal annexations by Russia, condemning “violations of the fundamental principles of the UN Charter”. “The right to self-determination is enshrined in this Charter and Morocco’s annexation of Western Sahara is a major violation of it as well as an attack on the respect of its territorial integrity, which has been recognized for non-autonomous regions in the same way as for states. , “they tell.

Faced with these questions, the Belgian head of diplomacy (re) made it clear that during his visit, he called for a “United Nations-led process for an equitable, sustainable and mutually acceptable to all parties”. Confirmed support of .

Western Sahara, a former Spanish colony disputed for decades by Morocco and the Polisario Front, is considered a “non-autonomous territory” by the United Nations.

Morocco controls 80% of it and advocates autonomy under its exclusive sovereignty. Polisario, for his part, calls for a self-determination referendum under the auspices of the United Nations, which was planned during the signing of the ceasefire in 1991, but never materialised.

On 27 October, the Security Council renewed the United Nations mission in Western Sahara for a year – despite the boycotts of Russia and Kenya.