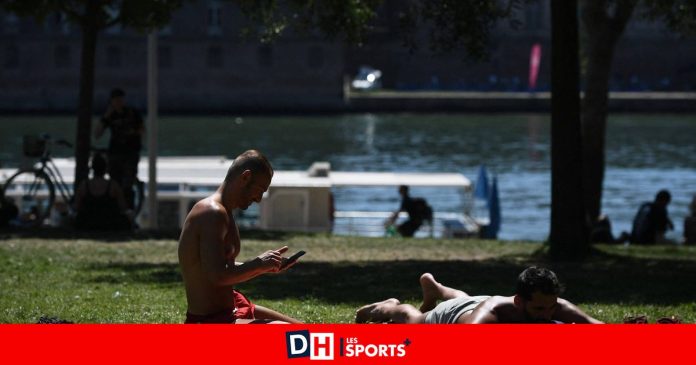 This heat wave, which began at the end of last week and is expected to last until at least Sunday, has resulted in the entire country, particularly in Andalusia (south), Extremadura (southwest) and Galicia (north-west). West) areas are getting suffocated. According to the Spanish Meteorological Agency (Amet), it has been put on red alert.

Apart from the Canary Islands, all other Spanish territories have been put on low level alert.

According to Emmett, Thursday should be “the peak of this heat wave”, with temperatures again expected to reach 44 degrees Celsius in the center and south of the country.

Due to this heat wave, with a lack of rainfall in the Iberian Peninsula since the beginning of the year, there is an “extreme” risk of fire across the country, according to fire prevention and extinguishing services. forest.

At least 3,500 hectares have already been burned in the mountainous region stretching across the regions of Extremadura and Castile and León, not far from Portugal. According to regional officials, firefighters who worked overnight managed to “stabilize” the fire.

In the northwest of Madrid, about 500 residents have been temporarily evacuated due to another fire, which is also in the process of being controlled, according to regional emergency services.

According to the government, between January 1 and July 3, 70,354 hectares of forest in Spain turned to smoke, which is almost double (+87%) than the average of the previous ten years.

The spread of these events is a direct result of global warming, with greenhouse gas emissions increasing in intensity, duration and frequency, the scientists explain.

Spain has gone through five episodes of exceptionally high temperatures over the past eleven months, including the current heat wave. May was the hottest month there since the turn of the century.

Apart from the summer, Spain has suffered a severe shortage of rainfall since this winter. As a result, the level of reservoirs stood at 44.4% of their total capacity on Wednesday, against an average of 65.7% in this period in the last ten years, officials said.