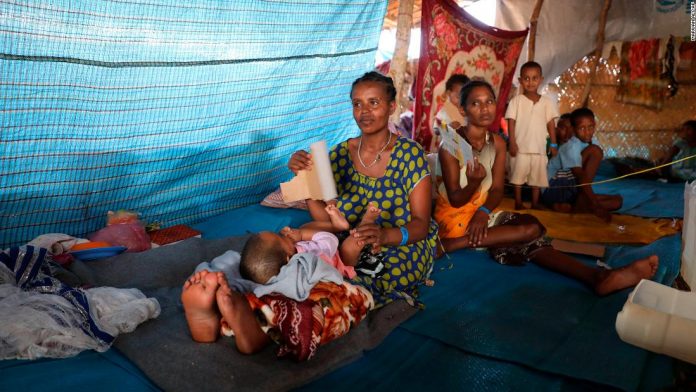 Ethiopian federal forces have been at war with the regional government of Tigris, which borders Sudan, since the beginning of November, when Ethiopian Prime Minister Abiya Ahmed announced a military offensive, including air strikes.

The conflict erupted over Tigre’s unilateral decision to choose a regional administration against Abiya’s wishes. “The purpose of our operation is to end a long-running emancipation and arrest individuals and groups responsible under land laws,” he said. Abi said At that time.

“There have been repeated bombings in McLean, the capital of Tigris, next to the church and the university,” a humanitarian source told CNN, adding that many people in the area have been killed and injured.

Abi’s government did not immediately respond to a request for comment by CBN. Earlier, he denied bombing civilian areas and accused Tigers of using military equipment in local schools, mosques and churches.

A humanitarian source also told CNN that tens of thousands have been displaced since the fighting began. The UN said earlier this month that more than 300,000 Ethiopian refugees had entered neighboring Sudan to escape the conflict.

Aid groups working in the region have also expressed fears of a growing humanitarian crisis and called for immediate access to the region. The United Nations says an additional 1.1 million people will be in urgent need of assistance, with 10 million already dependent on aid.

The International Committee of the Red Cross (ICRC) said More than 1,000 people have contacted his hotline And McCall and his offices in Addis Ababa visited Fiso and sought help for their families.

Tigre’s ruling party, the TPLF, has refused to surrender and has previously accused federal forces of killing civilians – a claim the Ethiopian government denies. CNN Could not verify the claims of both parties due to a communication blackout.

Political analysts and diplomats have warned that the pace of the civil war could not only destabilize a country of 110 million people, but damage the wider horns of the African region.