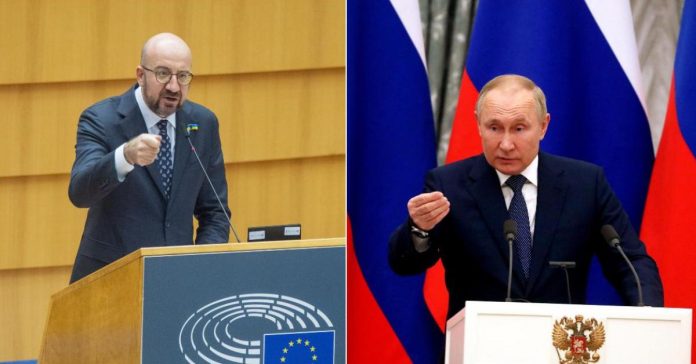 European Council President Charles Michel announced on Monday that he had asked Russian President Vladimir Putin during a telephone conversation to “immediately end hostilities” in Ukraine and “guarantee the safe passage of humanitarian aid”.

“The EU strongly condemns Russia’s aggression against Ukraine,” the Belgian official said on Twitter. During his discussions with Vladimir Putin he “underlined the need to ensure the safety and security of nuclear installations”.

During this exchange with Vladimir Putin, he also said that he “stressed the need to ensure the safety and security of nuclear installations”.

Russia on Friday seized the Ukrainian nuclear power plant in Zaporozhye, Europe’s largest. Vladimir Putin assured his French counterpart Emmanuel Macron on Sunday that the plant’s “physical and nuclear security” was assured, according to the Kremlin.

The president of the European Council also said he was in “close contact” with Ukrainian President Volodymyr Zelensky, from whom he reaffirmed the EU’s “unprecedented and unwavering solidarity and assistance”.

“We will discuss Ukraine’s application to join the EU in the coming days,” Charles Michel said on Twitter.

Twenty-seven are divided over the question, which should be discussed at a summit of European leaders to be held on Thursday and Friday in Versailles, near Paris.