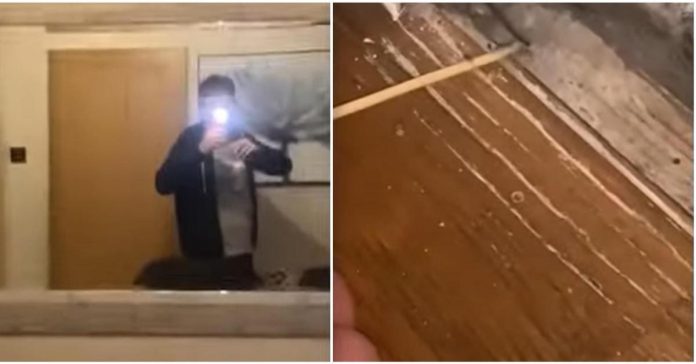 Scott Ellwood, a 24-year-old Briton, feared for his life when a giant spider invaded his living room.

Upon returning from his vacation in Greece, Scott discovered horror right in the middle of his living room. According to information received from the Daily Star, the young man along with his brother Mason and his stepfather Dean tried to get rid of the creature.

In footage filmed by Scott’s family, Scott can be seen using a toothpick to lure a spider from under a baseboard to the room’s dining table. As the beast appears, Scott and his family realize the size of a spider. “Wow, look how big. Jesus,” we hear shouting.

“This is the biggest spider I’ve ever seen, anywhere, especially in my house. I’d say it’s the size of your palm when your hand is outstretched. It was terrifying to see in my house. When I saw him I was terrified when I saw it and I’m still scared,” says Scott.

But the worst part is that the animal managed to escape into the house. So he’s probably still in the house. “I drink my tea upstairs. I will never drink my tea again, unless it is found and removed from the living room,” concludes Scott, who claims not to have seen the spider again since the video.

See also  The horror story of a Brazilian woman and her two children kidnapped for 17 years: "You won't get out of here until you die"