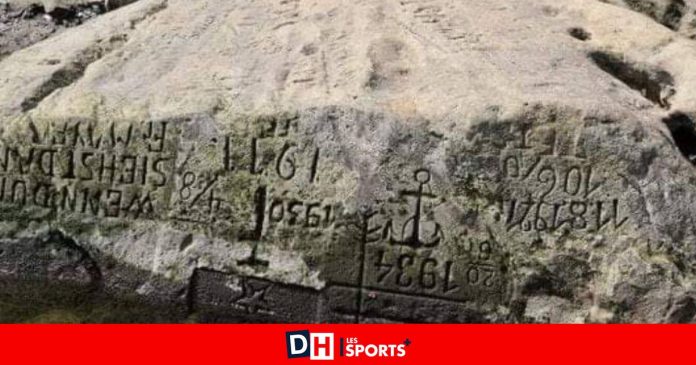 The Hunger Stones have been used as a witness to the drought that plagued Europe throughout history. They testify to the suffering experienced, poor harvests, and famines that affected the population during these devastating events.

This type of hydrological benchmark is found particularly on the Elbe, the river that crosses the Czech Republic and Germany.

One of these “hungerstones” reappeared a few days ago in the Czech city of Dn, indicating the current extreme drought in Europe.

The last time this stone was exposed was in 2018.

The European Drought Observatory indicates that 47% of Europe is currently in a state of drought. With global warming, these natural disasters can increase manifold.