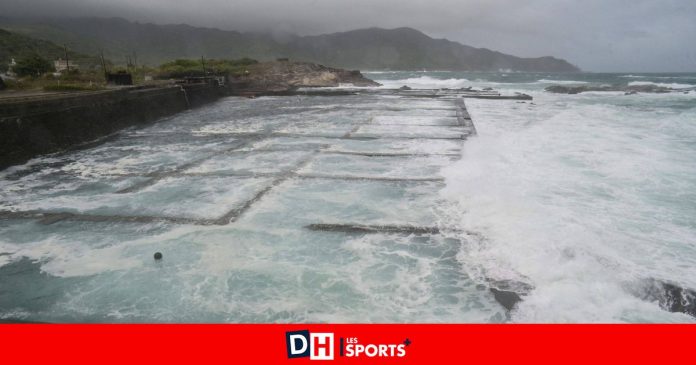 The Japan Meteorological Agency (JMA) has issued a “special warning” for Kagoshima and Mizayaki prefectures south of the large island of Kyushu to warn residents of the high risk of severe weather.

As of Sunday morning, about 98,000 homes in the Kagoshima, Miyazaki, Kumamoto and Nagasaki regions had no electricity, while regional train services, flights and ferry crossings were canceled, according to Utilities and Services. local transport. Some grocery stores, which are usually open 24 hours a day, have also closed during severe weather.

The JMA has warned that the region could face “unprecedented” danger from strong winds, strong waves and torrential rains.

“Please stay away from dangerous places and evacuate if you feel any danger,” Prime Minister Fumio Kishida tweeted after calling a cabinet meeting. “Evacuating at night would be dangerous. Stay safe in daylight,” he said.

State broadcaster NHK said more than four million people on the island of Kyushu had received recommendations for immediate evacuation, and officials in Kagoshima and Miyazaki said more than 15,000 people were in local shelters on Sunday afternoon.

“The wind will be so strong that some houses may collapse,” Kurora told reporters. He also warned of floods and landslides.

Mr Kurora urged residents to evacuate before the worst happened and warned they should exercise caution even in concrete buildings.

On Sunday morning, high-speed train traffic was suspended in the area along regional train lines, and NHK said it reported hundreds of canceled flights.

On the ground, a municipal official in Izumi (Kagoshima Prefecture) said the weather conditions were deteriorating rapidly. “The wind has become very strong. It is also raining very heavily,” he told AFP. “Visibility is almost zero”.

At 1 p.m. (6 a.m. Belgium time), the typhoon was over the small Japanese island of Yakushima and wind speed was 234 km/h. It is expected to make landfall further north in Kyushu on Sunday evening before turning northeast and entering Japan’s main island of Honshu by Wednesday morning.

The typhoon season is at its peak from August to September in Japan with heavy rains that can cause flash floods and deadly landslides.

In 2019, Typhoon Hagibis hit Japan in the middle of the Rugby World Cup, killing more than 100 people.

And in 2018, floods and landslides killed more than 200 people during the rainy season in western Japan. Scientists predict that climate change is increasing the intensity of storms and extreme weather events.