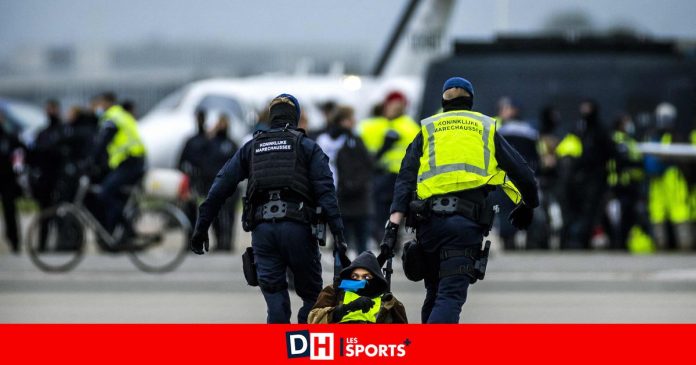 A special unit of the Royal Dutch Military Police has been deployed. According to Extinction Rebellion, some activists had strapped themselves to private jets. The workers were also cycling. In a response, Extinction Rebellion and Greenpeace said they were “shocked at the unnecessary force used by the Special Police Unit” in their action. According to the organization, at least one person received medical treatment for a head injury after “forcibly pulled off a bicycle.”

A spokesman for security forces said climate activists were forced to enter the airport grounds “with heavy equipment”. “Suddenly we got reports that people were pouring into the tarmac in large numbers in Schiphol East. They had cut the fence with grinders and everything happened very quickly,” says Gate. -Word.

According to him, regardless of the safety measures, such an incident cannot be completely avoided. A company may have already visited the site to repair the fence. An airport spokesman said the action had no effect on medical flights and other air traffic. Only private flights were affected.