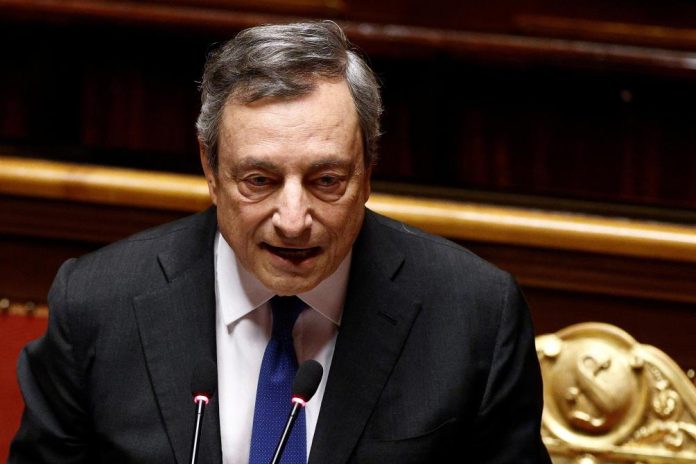 TookItalian Prime Minister Mario Draghi has once again announced his departure. This time because three parties belonging to the Coalition for National Unity have announced their non-participation in the trust vote led by him which he requested in the Italian Senate on Wednesday and which he won. The former head of the European Central Bank will announce his intention to resign at the start of a session of parliament on Thursday morning, according to Italian news agency ANSA.

Last week, Mario Draghi had already offered his resignation due to trust issues. A request that was then rejected by President Sergio Mattarella, who asked him to try to save his government of national unity.

If only one coalition partner, the 5 Star Movement, had refused to express its confidence a few days ago, this Wednesday, three ruling parties boycotted the vote. Observers say Italy is once again in the midst of a political crisis with the departure of Mr Draghi, who took office in February 2021 and mid-term elections are likely to be held.

The head of government said earlier on Wednesday that he was ready to remain as prime minister, but only if coalition unity and trust is restored.

“Are the parties and your MPs ready to restore this agreement? asked Mario Draghi in his speech in the upper house of parliament, saying that this is what the Italian people demand. Mayors, trade union leaders and employers’ organizations have largely called on the former president of the European Central Bank to remain head of government.