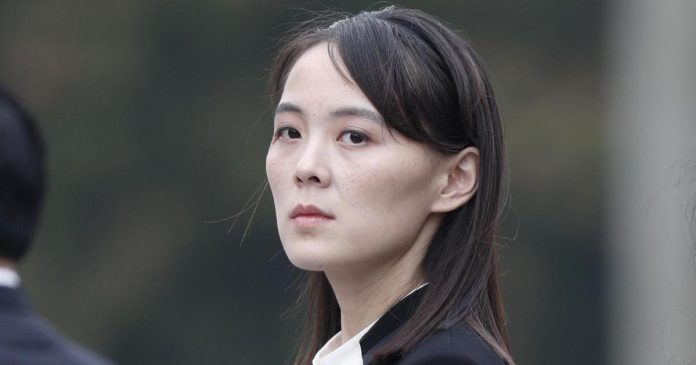 North Korean leader Kim Jong Un’s influential sister accused Seoul of causing a Covid outbreak in her country and threatened “retaliation”, state media reported on Thursday, the day Pyongyang declared its “victory” over the disease. Had it.

The official KCNA news agency reported that Kim Yo Jong attacked the ballooning campaigners from South Korea, citing a “crime against humanity”.

Pyongyang had previously blamed the Covid outbreak in the isolated country on “foreign things” near the border with the south, with Seoul denying the allegations.

Despite the ban imposed in 2021, South Korean activists continued to send balloons carrying leaflets and dollar bills, which Pyongyang protested.

According to the article, Ms Kim argued that many countries and the WHO have recognized “the risk of spreading an infectious disease through contact with contaminated objects”.

“It is very worrying that South Korea is sending pamphlets, money, brochures and dirty things to our region,” he said.

Kim Yo Jong warned that Pyongyang was considering “strong retaliation” if the ballooning continues, “we will respond by eradicating not only the virus, but also the South Korean authorities”.

Seoul assured in June that there were “no officially verified cases of COVID infection via mail or material”.

The threats came two weeks after his brother declared a “great victory” in the fight against Covid-19, with no new officially declared cases.