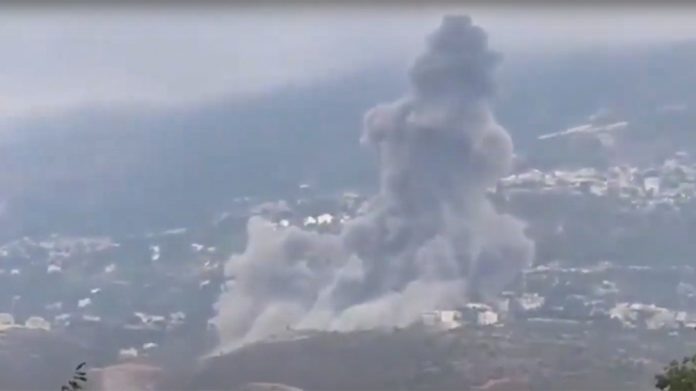 The blast occurred in the village of Ain Kana, about 50 kilometers south of the capital Beirut.

The weapons depot of the powerful Shia Muslim group Hezbollah exploded in southern Lebanon, giving a new shock across the country, killing nearly 200 people in August.

The Lebanese army said a building in the southern village of Ain Kana, about 50 kilometers (30 miles) south of the capital Beirut, had exploded on Tuesday and was being investigated.

Hezbollah’s media office told Al Jazeera that the blast was caused by a “technical error” at their weapons depot.

“The bomber struck shortly after noon in front of a building where weapons were being stored – a technical error. No one was killed or injured. The building belonged to the D-Mining Association, which is affiliated with Hezbollah, “said Al Jazeera’s Zina Khodar, reporting from Beirut.

It was not immediately clear what the “error” was in the powerful explosion.

Hezbollah members set up security around the blast area to prevent reporters from reaching there.

Footage broadcast by the local Al Jadeed station showed damage to buildings and debris spread over a large area.

Unstable footage also showed what looked like a minibus on fire. Other footage shows a wrecked SUV parked outside the damaged building.

The blast comes seven weeks after a powerful explosion at the port of Beirut caused by an explosion of nearly 1,000 tonnes of improperly stored ammonium nitrate.

The blast killed at least 200 people, injured 6,500 and damaged thousands of homes in the capital, Beirut.

It was not immediately clear what caused the initial fire, which caused the chemicals to burn, and no one has yet been held accountable.