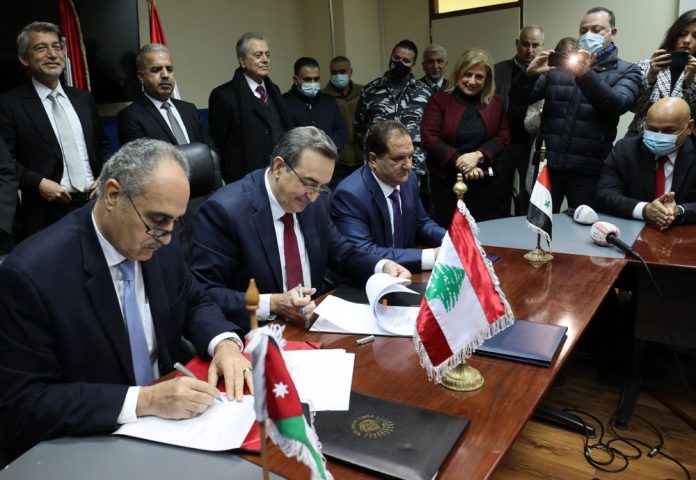 Lebanon on Wednesday signed an agreement with Jordan for the delivery of electricity through neighboring Syria in hopes of improving the situation in the country’s energy sector, which has been hit by an unprecedented economic crisis since 2019.

Lebanon faces power cuts, peaking for more than 22 hours a day, and struggles to import fuel amid a fall in the national currency.

“This is an important historic moment for Lebanon in its symbolic dimension,” Lebanese Energy Minister Walid Fayed told a joint news conference in Beirut with his Jordanian counterparts Saleh al-Kharbsheh and Syrian Ghassan al-Zamil.

“Today we are strengthening joint Arab action … through a small but very important agreement for the people of Lebanon, who need electricity every hour,” he said.

Lebanon’s parliament must ratify the World Bank-financed contract. Fayed expects to finalize financing details within the next two months, in preparation for the contract to take effect.

Jordan’s energy minister, for his part, said “the agreement comes under the delicate and difficult circumstances with which our allies in Lebanon are faced, which gives it added importance”.

Through this agreement, Lebanon will receive 250 MW of electricity during the day and 150 MW during the night, which, according to Mr. Fayed, will translate into two additional hours of electricity.

Energy ministers of the three countries agreed in October on a roadmap to provide Lebanon with part of its electricity needs.

Lebanon has been importing fuel oil from Iraq for months to power its power plants. Negotiations are also underway with Egypt to bring gas to Lebanon via Jordan and Syria.

According to Fayed, by importing Jordanian electricity, Iraqi fuel and Egyptian gas, Lebanon expects to increase electricity generation by eight to ten hours in the coming months.