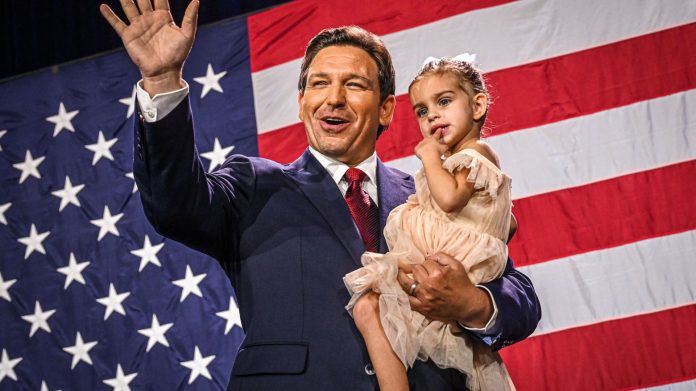 He is anti-incumbency, anti-media, anti-oligarch, presents himself as a man of the people. Their presence made them even more popular with the population after the hurricane struck southwest Florida. this is also an former mentor of Donald Trump, because he became his rival. The only one who could face Donald Trump in the Republican primary.

a follower trying to stand out

For Gregory Koger, a professor of political science at the University of Miami, if the two Republicans clashed in the primaries, the results would be close: “If there was an election pitting Donald Trump against Ron DeSantis in the Republican primary, they would be very close. I can’t imagine DeSantis will win in the end but he will be much, much closer than any other state. Florida has a personal allegiance to Donald Trump, which is also present in other states. But in Florida in particular, Ron DeSantis is trying to brand himself while remaining loyal to Trump. It’s not that Trump represents something different, it’s that he was there before, and he has his own way of bringing a lot of people together. By virtue of his status as a celebrity and being the first to deal with the political establishment as he saw fit.”

“Ron de Santis is a follower, who wants to be more capable, who expresses himself better, but he is still a follower. A follower in this sense: doing something that Trump did before. But who does better. He was campaigning against Trump, he’d say I share similar positions, I’m just better… ,

So not sure if he can win, because Trump has very strong roots here in Florida. Many Floridians view Trump as president and DeSantis as vice president. Or DeSantis, stay governor…

we emphasize that Seven members of the Proud Boys Party, the right-wing group in the United States that led the attack on the Capitol, are members of the Miami Republican Party’s executive committee.