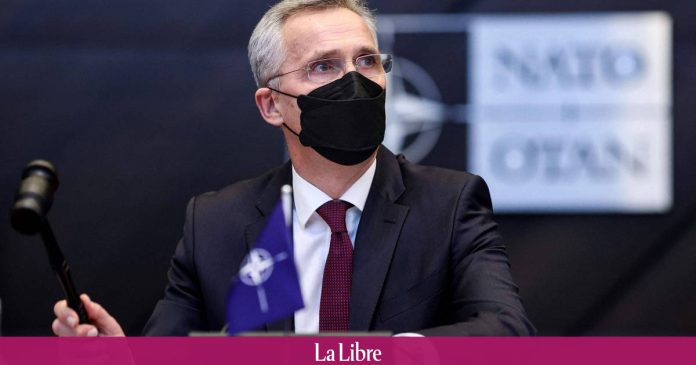 “We see no withdrawal of troops, forces or equipment on the ground,” Jens Stoltenberg said after a meeting with NATO defense ministers in Brussels. Coupled with cyber attacks targeting Ukraine, “these are the kinds of actions and measures that come before a major military offensive.”

The Russian Defense Ministry on Tuesday released two videos of tanks boarding trains in the Western District or crossing a bridge in Crimea, but the images are seen as insignificant by Westerners, for whom the movement was intended to invade Ukraine. Do not affect the capabilities of the Russian army.

“We know what they have, their abilities, but we are not sure of their intentions,” admitted Mr. Stoltenberg. The latter reaffirmed NATO’s desire to negotiate with Moscow. The coalition has made written proposals to Russia to restore communication between military leaders, reduce risks (including limiting exercises near the borders) and reactivate arms control, but has yet to receive a response.

Russia has stuck to its demands not to see Ukraine join NATO, as decided at the 2008 Bucharest summit at the behest of Presidents George Bush and Dick Cheney, and against the opinion of most European countries.

The ministers asked military leaders to make proposals “in a few weeks” on the deployment of new multinational brigades on the eastern border. France has offered to lead a battle group in Romania.

European heads of state and government will discuss Ukraine on Thursday on the sidelines of a summit with Africa in Brussels.