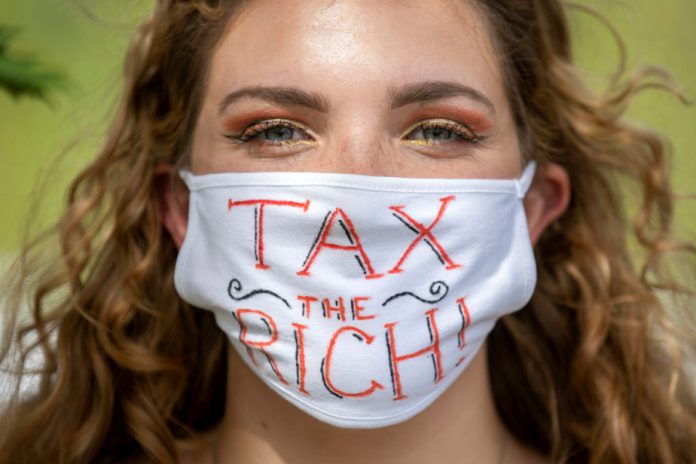 (Paris) Several international organizations, including the NGO Oxfam and a group of philanthropic millionaires, are proposing a tax on the richest people on the planet that would lift billions out of poverty and immunize the planet against COVID-19.

“As billions of people struggle to survive during this pandemic, the fortunes of billionaires are spiraling out of control. This cannot be fair,” Jenny Ricks, global coordinator for the activist movement Fight Inequality Alliance, one of the collective’s member organizations, said in a statement.

On Monday, an Oxfam report revealed that the ten richest people in the world, including Jeff Bezos and Elon Musk, had seen their wealth double to $1.5 trillion during the two years of the COVID-19 pandemic. An increase in the share prices of the companies in which they are shareholders.

Along with the Fight Inequality Alliance, the NGO Oxfam, the Washington-based Institute for Policy Studies and Patriotic Millionaires, an organization of wealthy Americans, are participating in the appeal made public on Wednesday.

The set proposes the establishment of an annual tax of 2% for those with more than $5 million, 3% for those with assets over $50 million, and 5% after a billion dollars, which would bring in $2520 billion each year. .

With this amount, collectively, 2.3 billion people would be lifted out of poverty and all people on the planet could be vaccinated against COVID-19, while many countries are now showing disappointingly low vaccination rates, especially in Africa.

The group says the jackpot will provide universal health coverage and social security to 3.6 billion people living in low- and middle-income countries.

The $50 million plus tax would add up to $3620 billion a year, but Jenny Ricks told AFP the option for a lower level of taxation is more “realistic”.

These proposals coincide with the traditional annual meeting of the World Economic Forum in Davos (Switzerland), which is being held online for the second year in a row due to the Omicron edition.

In an open letter to forum attendees, more than 100 millionaires, including members of Patriot Millionaires, said on Wednesday that the current tax system is “not fair.” “Every country in the world must demand that the rich get their fair share,” the letter read. “Tax us rich people and tax us now. ,