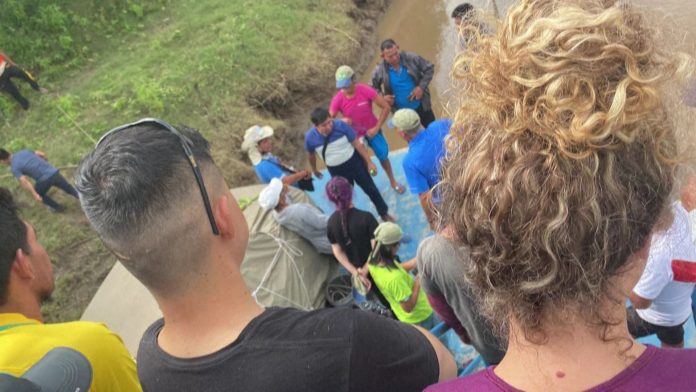 Indigenous inhabitants of the Amazon region in Peru have taken hostage a group of tourists, including “many Belgians“Foreign Affairs Confirmed. According to local sources, the hostages will be released again”short termThe ministry, however, did not comment on the number and health status of those affected.

The Peruvian government has indicated that “people will soon be free“After a constructive discussion with the protesting villagers of Kuniniko village.

Protest leader Watson Trujillo Acosta confirmed to local media “that respect is necessary for life” And “People on board the ship will still be taken to their destination,

The hostage-taking, which took place on a boat in the Peruvian Amazon region, aims to protest an oil pipeline leak from the energy company Petroperu.

The activists accused the authorities of failing to take action against environmental pollution. In particular, they demand that a state of emergency be declared.

We like “This action attracts the attention of the government, there are foreign and local people, they are about 70 people“, the Apu (leader) of the Cuninico community told RPP Radio Watson Trujillo.

Concerned tourists come from the United States, Spain, France, the United Kingdom, Switzerland and Belgium. These include women and children as well.