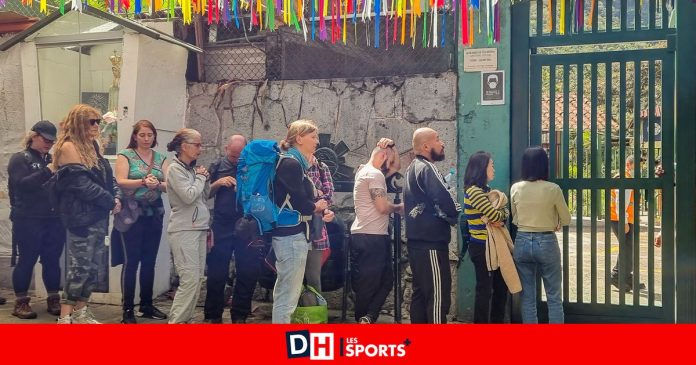 In Aguas Calientes, a thermal village nestled in a steep-sided canyon at the foot of the historic site, and through which you can reach Machu Picchu, dozens of tourists are stuck.

The train between the stone citadel and Cuzco, the ancient capital of the Inca Empire, located 110 km away, is really the only modern way to get into or leave the citadel.

“We are in Aguas Calientes now and we can’t go back to Cuzco or leave for another country because of the protests. I’m with the kids, for me it’s a problem,” Gael Dutt told AFP. Told the Israeli tourist. “I just want to travel to another country safely but Perurail (train operator) tells me there are no trains,” she said.

According to the municipality of Machu Picchu, some 779 tourists of various nationalities have been stranded since Tuesday.

Rail service between Cuzco and Peru’s tourist gem has been suspended since Tuesday due to protests in the city of Cuzco that began on Monday. The protesters particularly tried to capture the airport which is now closed.

“I was supposed to leave Cuzco by train tomorrow (Tuesday) and take a flight to Lima to go home, but now the situation is unclear,” Walter, a worried Belgian tourist, told AFP.

PeruRail claims to prioritize the safety of passengers fearing blockage of rail tracks.

The mayor of Machu Picchu, Darwin Baca (the city changed its name to Machu Picchu to capitalize on its fame), has asked the government for humanitarian aid and is requesting helicopters to be sent to evacuate tourists.

Agricultural unions, as well as farmer and indigenous organizations heavily present in the Cuzco region, have announced an “indefinite strike” in several regions of Peru since Tuesday, demanding the closure of Congress, early elections and a new constitution Was. Agrarian and Rural Front of Peru.