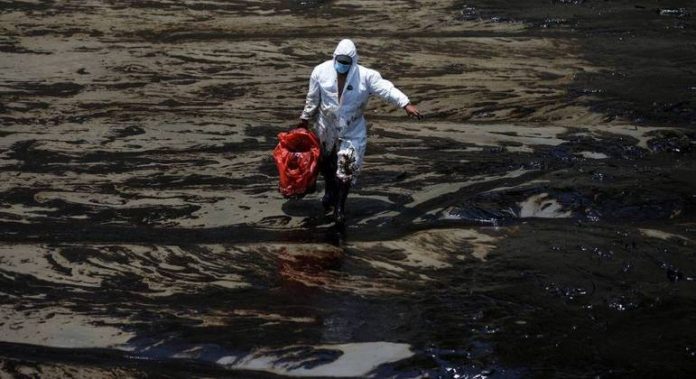 This Thursday (20), the President of Peru, Pedro Castillo, will sign a decree through which a climate emergency will be declared. Brigades struggle to stop an oil spill caused by waves after the explosion of one Volcanoes in Tonga, whose damage spread to 21 beaches in the center of the country.

A few hours after the eruption of an underwater volcano in Tonga in the Pacific Ocean, anomalous waves spilled along the Peruvian coast as a tanker unloaded oil through pipelines to the La Pampilla refinery. , from the Spanish company Repsol.

The Environmental Assessment and Inspection Agency (Oefa, for its acronym in Spanish) said in a statement that, as of this Thursday, the area affected by the spill had increased to 1.7 million, according to aerial views obtained using drones. 1.2 million square meters on land and sea.

“The lifeless birds have been identified,” the agency said.

This Wednesday (19), the Peruvian government described the spill in Lima as “the worst ecological disaster” in recent days, as it threatened flora and fauna in the two natural areas, and demanded that Repsol immediately Make up for the loss.

Repsol said in a statement on Thursday that a team of divers it designated was searching for underwater damage from the spill, and that it had installed 10 vessels with a brigade of 2,500 men more than 2,500 meters apart from containment barriers Products that are recovering, thrown into the sea.

“We regret that we have not adequately informed all of our commitments and actions to address the impact of the oil spill”, the company said.