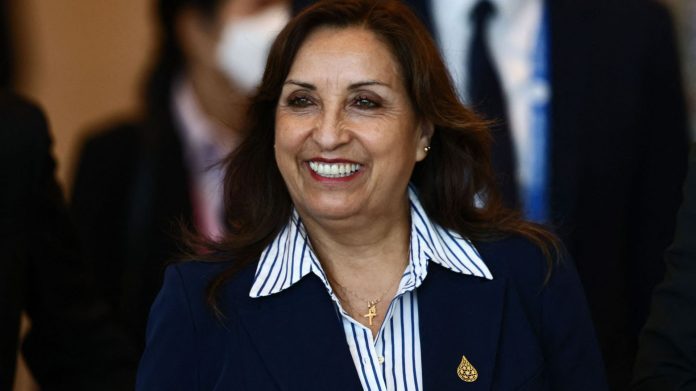 Peru’s Vice President Dina Boluarte was sworn in as the country’s head of state on Wednesday, shortly after President Pedro Castillo was ousted by parliament. ,I assume (power) from this moment until July 26, 2026 according to the Constitution of Peru“, she told parliament. Dina Boluarte, a 60-year-old lawyer, is the first woman to lead Peru.

Earlier in the day, Peru’s opposition-majority parliament voted to impeach leftist President Pedro Castillo, overruling his dissolution and declaring a state of emergency. Pedro Castillo, in power since July 2021, is the subject of six investigations for alleged corruption, among which his family and his political party have also been accused.

his dismissal formoral turpitude“, broadcast live on television, was approved by 101 of the 130 lawmakers, including 80 in opposition. The debate on the motion, initially scheduled for 3:00 p.m. (20:00 GMT), President Castillo were brought forward after the announcements.

Peru’s prosecutor’s office has since announced the arrest of former President Pedro Castillo. ,he is under arrest“, prosecutor Marita Barreto told the press after the judicial administration published images in which the former head of state, deposed by parliament, is seen sitting in an armchair and surrounded by prosecutors and police. A judicial source told AFP that an investigation”Rebellionwas opened against Mr. Castillo.