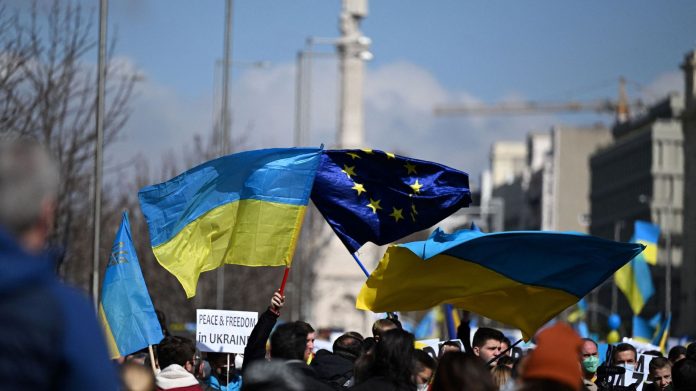 European foreign ministers agreed on Sunday, in agreement with the G7 powers, to block transactions by the Russian Central Bank, announced the head of EU diplomacy Josep Borrell.

,More than half of central bank reserves will be crippled because they are held in institutions in G7 countries“, Josep Borrell clarified, the political agreement of the ministers paved the way for the formal adoption and adoption of the measure by the opening of markets on Monday.

EU member states have also released 450 million euros to buy weapons and distribute them to the Ukrainian armed forces to help them resist Russian aggression, the head of European diplomacy announced.

,An agreement was reached to supply weapons worth 450 million and protective equipment and fuel for 50 million to the Ukrainian military. All this will be covered by our peacekeeping facility and our intergovernmental fund. This is the first time in history we’ll do this“, Josep Borrell said at the end of a videoconference meeting of EU foreign ministers.