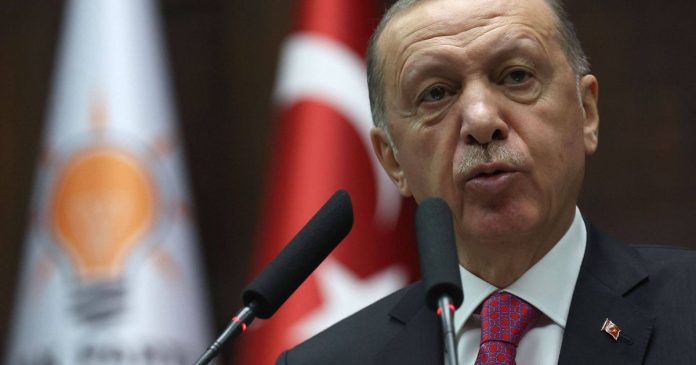 “If you have the courage, come, submit it to the referendum (…) let the nation decide”, launched the Turkish head of state, addressing the leader of the main opposition party, Kemal Kilicdaroglu, who originally Originally proposed a law guaranteeing the right to wear the veil.

In response to the Turkish president, Mr Kilicdaroglu on Saturday evening rejected the idea of ​​a referendum, accusing him of “copying” Hungarian nationalist leader Viktor Orban, who has become a symbol of hardline rights.

“Do you intend to imitate Orban, Erdogan? (…) Where do you get the referendum? If you don’t run, this question will be solved. Men will no longer be able to have their say on clothes . Women. Do you have that courage?” he tweeted.

The veil-wearing debate has intensified recently in Turkey ahead of the presidential and parliamentary elections due in 2023.

With a Muslim majority, but having established secularism in its constitution, Turkey has long been a country where wearing the veil was prohibited in public service, schools and universities.

But the ban on wearing the veil was lifted in 2013 by Mr. Erdogan’s government.

Turkey’s president often presents himself as a defender of Muslims against secular “elites”, suggesting that without him, “benefits” such as lifting the ban on wearing the veil would be in jeopardy.

Unlike in the 1990s, when wearing the veil sparked heated debate, today no political movement proposes a ban on it in Turkey.

“We have made mistakes in the past regarding the veil… it is time to leave this question behind us”, launched in early October by the head of the CHP (Republican People’s Party, Social Democrats) Mr. Kilicdaroglu and proposed a law Guaranteed the right to wear the veil done.

Created by Mustafa Kemal Ataturk, the founder of modern Turkey, the CHP is known as a strong defender of secularism.

According to observers, Mr Kilicdaroglu wanted to show conservative voters – who traditionally vote for Mr Erdogan’s party AKP – that he had nothing to fear in the event of a change of power.

Faced with this attempt to withdraw votes from conservatives, Mr. Erdogan retaliated by calling for constitutional change on the matter in early October.

In the text that Turkey’s head of state now proposes to submit to a referendum, there will also be an anti-LGBT provision aimed at “strengthening family security”, he announced without giving further details. ,

“As representatives of the will of the people, let us protect our country from the onslaught of devious and evil currents,” he said.