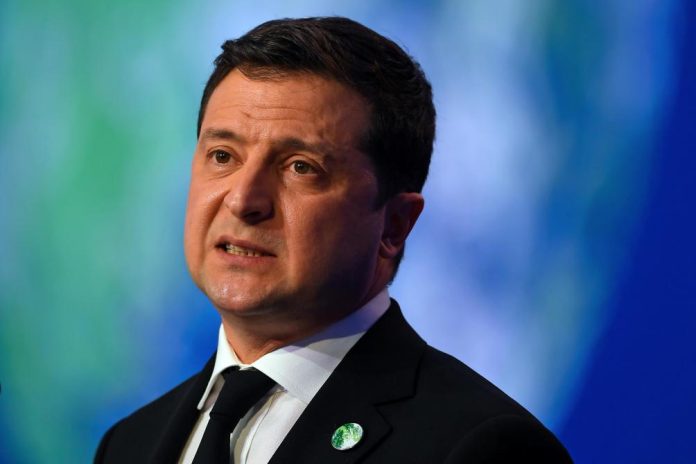 editorial board and by AFP

IUkrainian President Volodymyr Zelensky in an address to the nation on Thursday called on all citizens to defend their country against Russian aggression. “We are attacked from the north, east and south,” he said. “We will provide weapons to anyone who is ready to defend Ukraine,” Zelensky said. Anyone with military training and experience is asked to report to the Ministry of Defense and participate in large-scale mobilization. Ukrainian police announced that they would distribute weapons to veterans.

In addition, Volodymyr Zelensky announced the severance of diplomatic relations with Moscow.

“We have severed diplomatic ties with Russia,” he said, as the relationship was maintained even after Russia’s annexation of Crimea in 2014.

Despite the poor security and political situation for eight years, more than 3 million Ukrainians live in Russia, and the continuation of consular services was considered a strategic priority.

Moscow on Wednesday began the evacuation of its diplomats from its embassies and consulates in Ukraine.

After weeks of intimidation, Russia launched an invasion of Ukraine at dawn on Thursday, launching airstrikes across the country, particularly in the capital Kiev, and with the entry of ground forces from the country’s north, east and south.

read also
Putin launches his “military campaign”: the story of the hours that changed everything