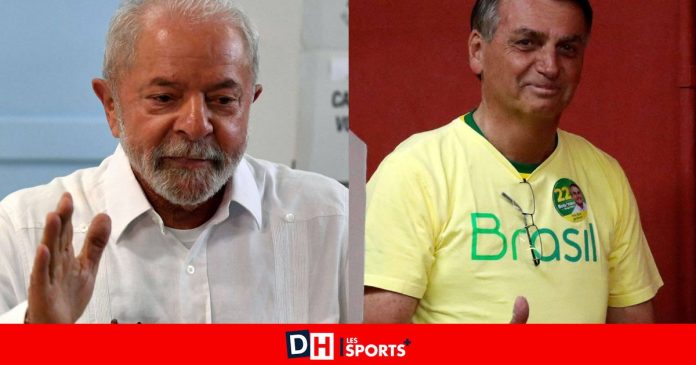 Brazilians were called to vote this Sunday for the second round of the presidential election, which pits incumbent President Jair Bolsonaro (far right) against former left-wing head of state Lula. The first hopes to run for a second consecutive term, while the second hopes to return to his position between 1 January 2003 and 1 January 2011. In the first round, on October 2, Lula had received 48%. vote, and Bolsonaro 43%. A stark difference compared to that declared by the main elections.

Hugs and hugs of two candidates

At 9:30, 30 minutes after the start of counting, the very first results gave the incumbent president with 52% of the vote, 48% for his opponent on the left. But around 10 pm, when 25% of the ballots were counted, the gap between Bolsonaro and Lula had narrowed from 49% to 51%.

At 50% of the count, Lula continued to hold the far-right representative, as the first counted 49.8% of the votes in her favour. He then quickly took the lead, and 50.3% of the results counted at 11, compared to 49.7% for Bolsonaro.

The results will apparently still develop during the evening, depending on the areas stripped.

What role will abstinence play?

Avoidance can be the key to results. The key issue between the two rounds was the hunt for 32 million kidnappers, while six million votes separated Lula from Bolsonaro.

Another question that troubled observers was whether Bolsonaro would accept the verdict in the election, not becoming the first president to be re-elected for a second term since the return to democracy in 1985.

After launching relentless attacks against the “fraudulent” system of electronic ballot boxes, he said on Friday: “Whoever has the most votes wins. That’s a democracy” – without a belief.

Many fear a Brazilian replica of the attack on Capitol Hill after the defeat of Donald Trump, which could target, for example, the Supreme Court often maligned by Bolsonaro.