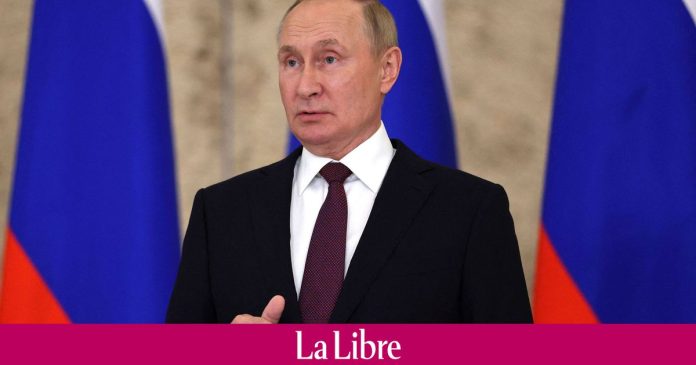 Russian President Vladimir Putin said on Friday that Russia is in no hurry to complete its military operation in Ukraine, assuring that the tactics of the Russian military have not changed and they continue to conquer territories. “Our offensive operations in the Donbass are not stopping, they are moving slowly… Russian forces are occupying more and more new areas,” he said during a meeting. A press conference from Samarkand, Uzbekistan.

“I emphasize that we are not fighting with our whole army. We are fighting only with the part under contract (professional, editor’s note)”, he said, while the Kremlin officially opened the front. but banned the sending of soldiers and refused a general mobilization. in country. “The plan (of operations, editor’s comment) does not require changes (…) We are in no hurry”, Mr. Putin reassured.

He said the operation was continuing despite major retaliatory strikes by Ukrainian forces in the country’s northeast and south. “The Kyiv authorities have announced that they have launched an active counter-attack. Well, we will see how it ends,” Vladimir Putin simply remarked.

According to him, the main objective of the Kremlin remains “the liberation of the entire region of Donbass”, a mining basin in eastern Ukraine made up of the Lugansk region, which is already under the control of the Russian military, and Donetsk, a part of which Still far from Moscow.

A few hours ago, during an exchange with Indian Prime Minister Narendra Modi aired on Russian television, Vladimir Putin “confirmed to do everything so that everything ends as soon as possible”. He blamed the Ukrainian authorities: “Unfortunately, it is just that the leaders of the opposing side, Ukraine, refused any negotiation process, and indicated that they wanted to achieve their goals through military means. , on the battlefield”.