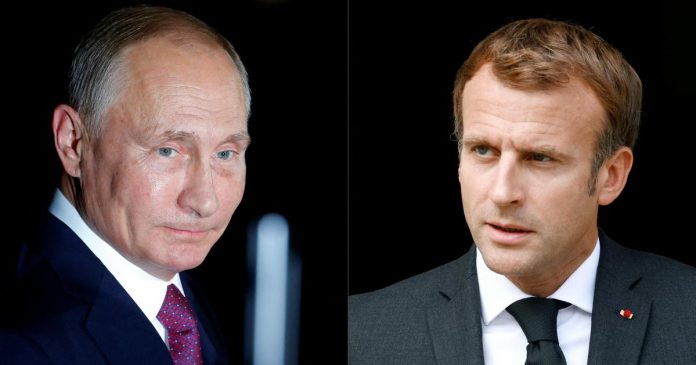 Russian President Vladimir Putin on Sunday warned his French counterpart Emmanuel Macron of the “catastrophic consequences” of the attacks on Ukraine’s Zaporizhia nuclear power plant, the largest in Europe and occupied by Russian forces, the Kremlin said.

In a telephone interview with Mr Macron, Vladimir Putin drew attention to “routine Ukrainian attacks against the sites of the Zaporizhia power plant, including deposits of radioactive waste, that could have disastrous consequences”, according to a Kremlin statement. ,

The Russian president informed his French counterpart “about the measures taken by Russian experts to ensure the safety of the plant and underlined the need to put pressure on the Kyiv authorities so that the bombings targeting the plant are stopped immediately”. .

According to the press release, the two leaders expressed their willingness to “cooperate in a political manner on the situation around the Zaporizhia Power Plant, with the participation of the International Atomic Energy Agency (IAEA).

According to the Kremlin, the interview took place at the initiative of the French president.

During a telephone conversation, Vladimir Putin once again denounced Western weapons deliveries to the Kyiv regime, which he described as “massive bombings of civilian infrastructure of the cities of Donbass”, a mining basin in the east of Ukraine. was done for.

The two leaders had already spoken on the telephone about the Zaporizhia Nuclear Power Plant on 19 August.

The plant, the largest in Europe, located in southern Ukraine and controlled by Russian forces, has been bombed several times in recent weeks, with Moscow and Kyiv blaming each other for these attacks.

This situation increased the risk of a major catastrophe like that of Chernobyl in 1986.

On Sunday, Ukraine announced the closure of the sixth and last reactor in operation at the Zaporizhia Power Plant, explaining it was necessary to cool it.