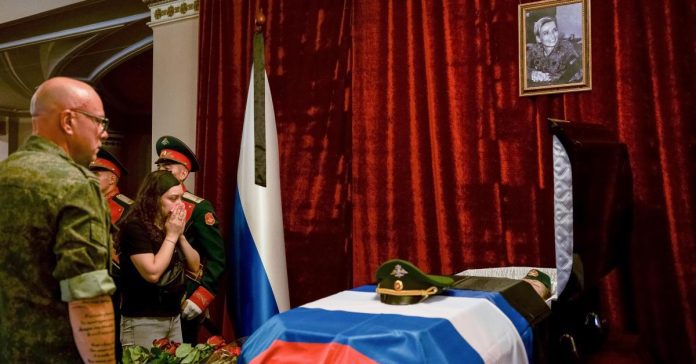 Russia’s first female officer, Lieutenant Colonel Olga “Korsa” Kachura (52) was martyred in Ukraine. This has been confirmed by the leader of the self-styled People’s Republic of Donetsk, Denis Pushilin.

Margarita Simonyan, director of Russia’s state broadcaster RT, also confirmed the news. He wrote on Twitter, “The great Korsa passed away in Horlivka… may he rest in peace…”

Olga “Corsa” Kachura was killed in a rocket attack last week. He was killed immediately when a Ukrainian missile hit his car in the town of Horlivka in the self-proclaimed pro-Russian People’s Republic of Donetsk, HLN reports.

Her “Wolf” nickname, Olga “Korsa” Kachura, is captured by her as she bragged about killing Ukrainians in Russian propaganda films and said how much she loves it. As a result, he acquired an almost legendary status among Russian soldiers.

“She keeps the hearth, her children, her family. Even in the wild, no wolf would defend its cub so aggressively,” she testified in a documentary aired on RT.