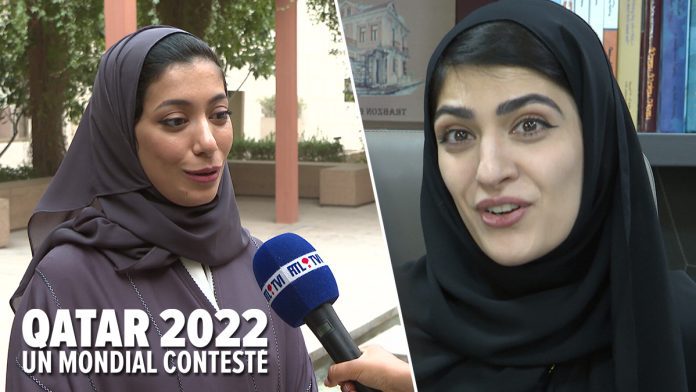 Qatar is not Saudi Arabia! Contrary to popular belief, women in the Emirates have been driving, working and going out for a very long time. But are also subject to discrimination. The two Qataris agreed to tell us about their lives in Doha.

It is early in Doha when we speak to our first witness. Most of the people left their jobs. On the wheel of his 4×4, Reem Al Ansari leads us on our way. She is a lawyer and professor of law. “Yesterday, I had a case in Labor Court to defend a worker and we won!”she explains.

At the age of 32, the girl opened her own practice. She wears the traditional Qatari dress, the abaya: a long black dress and a veil, which does not completely hide her hair. Reem is puzzled by our questions about women’s rights in Qatar: she reveals that her grandmother was already driving! “There are magistrates, lawyers, general prosecutors …”

According to the Amnesty International organization, women still have to ask permission to marry a man or travel abroad until the age of 25. The lawyer is more embarrassed when we ask him about male guardianship, which is still very much present in women’s lives. “I would not like to answer that question and I will tell you why: there is nothing in the law about that…”

There is a special document called ‘Exit Permit’

What about his personal experience? “I’ve never asked for permission… does it apply? Yes! In many cases… there’s a special document called an ‘exit permit’. Some of my students told me they needed it, I don’t know what It’s true. In any case, it never happened to me…”.

We leave Reem to be joined by another young Qatari woman. Mashal Rashid works at the Central Bank of Qatar. The 30-year-old feels great in her country and travels often. A well-groomed freedom for Qataris, though: They can go outside, but nowhere. For example it is impossible to go to a hotel and drink alcohol, they will be refused entry. But the same is true of a Qatari man. Unless he goes to the bar wearing western style clothes. We have to maintain appearances… Mashal is unmarried, and she specifies that no one will ever force a husband on her.

The lives of Qatari women can be very different from family to family. Family open or conversely conservative. Rules on male guardianship are not included in the Qatari constitution. They are the result of some obscure practices. Many NGOs are calling on Qatar to end these continuing discrimination.