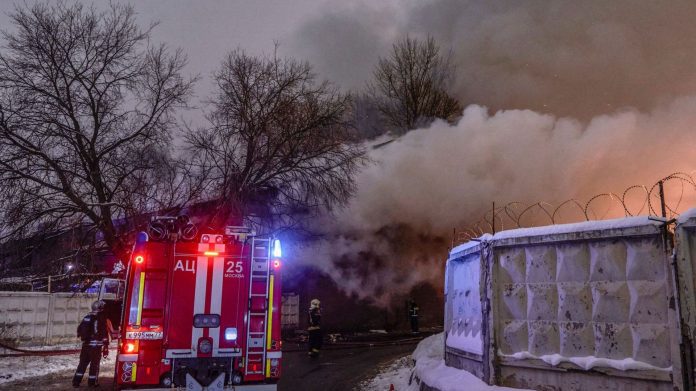 A massive fire broke out on Sunday at a large warehouse in the center of Moscow near three railway stations linking the Russian capital to several of the country’s major cities, including St Petersburg (northwest), prompting the Russian ministry to declare a state of emergency.

Black smoke rose into the sky in contrast to the white of the snow-covered cobblestones in front of the nearby Yaroslavsky, Leningradsky and Kazansky stations, according to images broadcast by Russian television.

According to a statement from the Ministry of Emergency Situations, the fire in the two-storey brick warehouse started around 12:00 GMT (1:00 pm Belgian time).

The ministry said in a telegram that three helicopters, a fire train and 80 rescuers were sent to the scene to extinguish the fire.

For its part, the Russian Railways Company (RZD) assured that the fire “does not frighten passengers or affect the operation of trains“, according to the state news agency RIA Novosti.