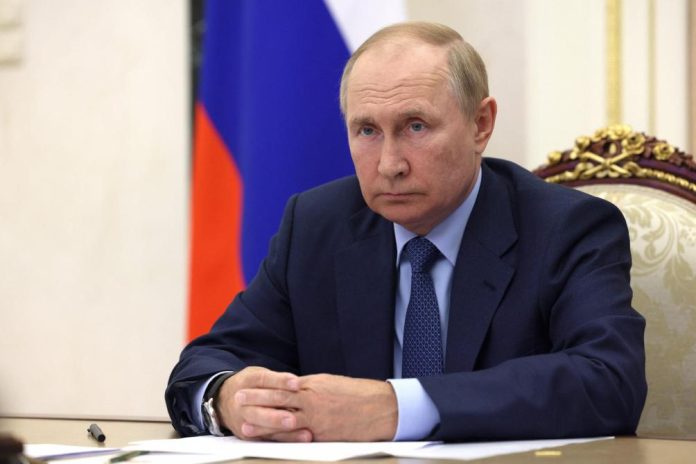 TookThe Kremlin assured on Monday that stopping Russian gas delivery to Germany via the strategic Nord Stream gas pipeline was the West’s only fault, as their sanctions prevent maintenance of gas infrastructure.

“The pumping problems (of gas) appeared because of sanctions from western states. There is no other reason for these problems,” Kremlin spokesman Dmitry Peskov said days after the complete closure of the Nord Stream, triggered by the energy crisis this week. An important pipeline to supply the feared Europeans. winter. “It is these restrictions (…) that have led to the situation that we are witnessing now”, he condemned again during a telephone press briefing.

A Kremlin spokesman “categorically rejected” the “tireless efforts” of Western countries to “shift responsibility and blame” on Moscow. “The West – in this case the European Union, Canada and the United Kingdom – is to blame for the fact that the situation has reached such a point,” he said.

Dmitry Peskov has once again justified the interruption of Russian gas delivery to Germany via the Nord Stream gas pipeline, announced last Friday, by “serious maintenance” that, according to him, required the last turbine that was in operation by then . “It works badly, there’s a breakdown. It stops the flow”, he judged. Russian giant Gazprom, for its part, indicated on Friday that it had completed maintenance operations at a compressor station located in Russia. During the “oil leak” in the turbine was discovered.

Moscow specifically claims that Western sanctions imposed following the Russian invasion of Ukraine prevent the return of a Siemens turbine that was sent to Canada for repair.

Germany, where the turbine is located, assures that it is Russia that is preventing the return of this vital piece.

The cessation of gas flow between Russia and Germany through the Baltic Sea has in recent days raised fears of Europeans to face an unprecedented energy crisis this winter.