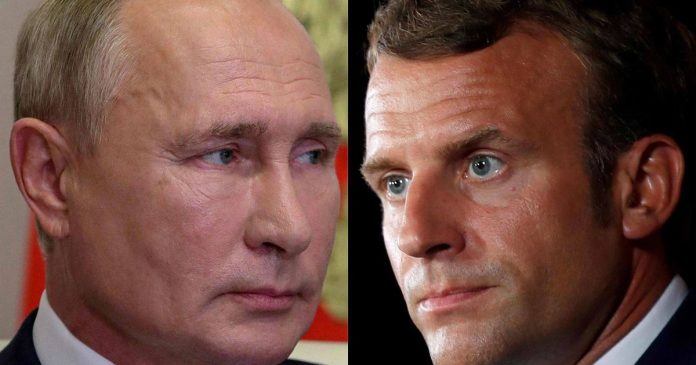 “The statement of Emmanuel Macron that Russia will use the Nagorny Karabakh conflict to destabilize the South Caucasus is appalling and absolutely unacceptable,” the Russian Foreign Ministry said in a statement.

During an interview on the France 2 channel on Wednesday, the French president said: “Russia intervened in this conflict, it clearly played the game of Azerbaijan with the connivance of Turkey and it came back there to weaken Armenia”. .

“This is a maneuver to destabilize Russia, which seeks to create disorder in the Caucasus, to weaken and divide us all,” he said.

In the eyes of Russian diplomacy, “these absurd remarks by the French president prove that Paris has no interest in establishing lasting peace in the region and doubts his country’s ability to play a constructive role there”.

“Unlike France (…) Russia has contributed practically to the resolution of the conflict”, underlines the ministry.

Armenia, an ally of Russia, and Azerbaijan, backed by Turkey, have clashed in two wars over the past three decades for control of Nagorny Karabakh.

The 2020 conflict ended with a ceasefire and mediation by Russia, which deployed a contingent of peacekeepers there.

In September, at least 286 people were killed in fresh clashes along the Armenia-Azerbaijan border.