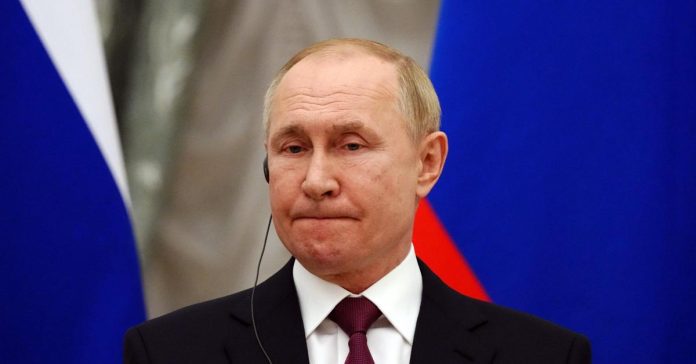 Russia on Tuesday promised “severe” measures against Lithuania, which has banned some goods going into the Kaliningrad enclave, a result of European sanctions against Moscow’s offensive in Ukraine.

“Russia, of course, will react to such hostile acts. Appropriate measures are being worked out at the inter-ministerial level and will be adopted soon,” said Nikolai Petrushev, the powerful Russian Security Council secretary during a visit to Kaliningrad. confirmed.

“They will have serious negative consequences for the population of Lithuania,” he was quoted by the Interfax agency.

On Monday, Moscow said Vilnius had over the weekend banned transit by rail of goods affected by European sanctions in the direction of the Kaliningrad region.

This strategic and militarized enclave, the headquarters of the Russian fleet in the Baltic Sea, is surrounded by Lithuania and Poland, two members of NATO and the European Union, who have strongly supported Kyiv since the start of the conflict in Ukraine.

In response, the head of the EU delegation to Russia, Marcus Ederer, was summoned to the Foreign Ministry in Moscow on Tuesday.

In a statement, Russian diplomacy accused the EU of encouraging “enhancement” and called for the immediate resumption of transit to Kaliningrad.

Condemning the “blockade”, Kaliningrad’s governor, Anton Alikhanov, estimated that between 40% and 50% of the enclave’s imports could be subject to sanctions, ranging from coal to metals, including building materials and technical goods.

See also  After tense negotiations, COP27 delivered an agreement on what was already being criticized as a climate emergency: what decisions were made?