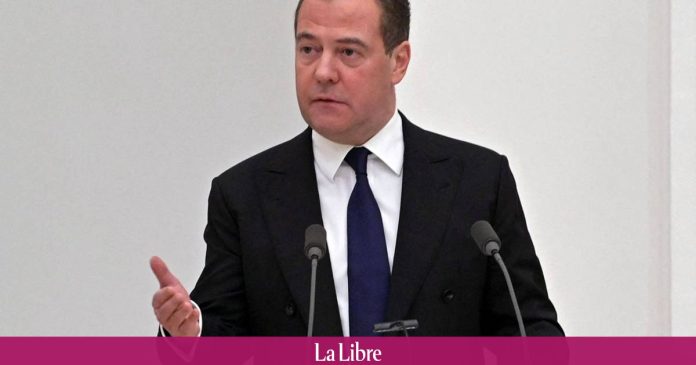 The recent statements of Dmitry Medvedev, former President of Russia and a staunch ally of Vladimir Putin, are shocking.

In public message on telegram this Tuesday morning and Relayed by our partners from hate last nieves, The politician initially denied the Russian atrocities committed in Mariupol, and more recently, in Bucha. As a reminder, the bodies of more than 400 civilians were found lying on the ground or hastily buried in mass graves. Mr Medvedev called the atrocities “fake”, which had matured into “the cynical fantasy of Ukrainian propaganda”.

Then, who also held the position of prime minister between 2012 and 2020, reaffirmed Russia’s ambitions. “Russian President Vladimir Putin has firmly set the goal of demilitarization and demilitarization of Ukraine,” he wrote. “These complex tasks don’t happen overnight, and they just won’t happen on the battlefield,” he said. “The most important goal is to change the bloody and false myth-filled consciousness that Ukrainians are part of today.”

According to the former Kremlin resident, Russia does not intend to stop with the invasion of Ukraine. “The goal itself is peace for future generations of Ukrainians and the possibility of an eventual creation of an open Eurasia – from Lisbon to Vladivostok.”

Statements that quickly aroused fear in the international community but which the former Russian president has not yet publicly confirmed.

See also  Joe Biden distracted after a speech: A scene that calls into question the state of his health (VIDEO)