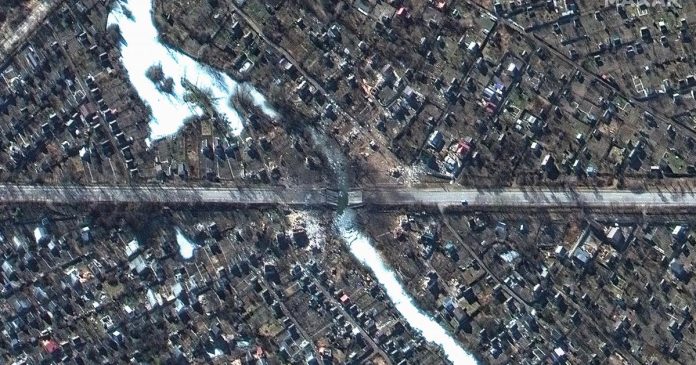 Thirty-three people were killed in a Russian attack on two schools and homes in the northern Ukrainian city of Chernigov, the emergency service said in a new report on Thursday.

A video and photos published by Mr Tchaus specifically showed the two-storey building’s broken windows, partially destroyed and rescuers busy themselves among the rubble.

The second round of talks between Kyiv and Moscow began on Thursday on the Polish-Belarusian border.

Located 120 km northeast of Kyiv, Chernigov was already attacked by Russian troops on February 25, a day after the start of Moscow’s invasion of Ukraine.

Chernigov is one of the main roads leading to the capital Kyiv among Russian soldiers’ sights.

About 280,000 residents live in this city, which is one of the oldest in Ukraine, famous for its many Orthodox churches.

Russia has assured not to target civilian infrastructure or residential areas. Ukraine, for its part, claims that at least 350 civilians have been killed since the start of the Russian offensive.