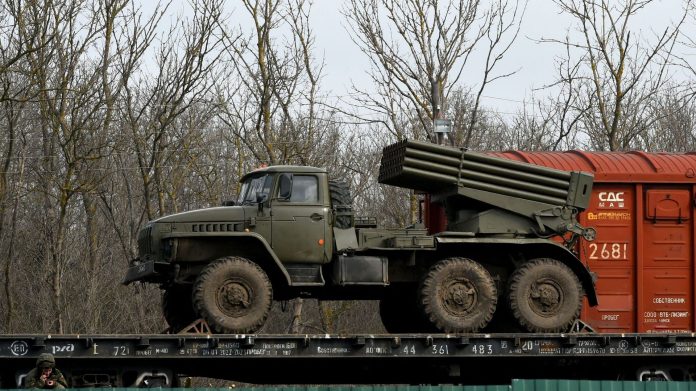 A senior Pentagon official said on Wednesday that Russian forces had retreated 30km east of Kyiv in the past 24 hours and began to establish defensive positions on several fronts in Ukraine.

,Ukrainians managed to repel the Russians 55 km east and northeast of KyivThis senior official to the press requested anonymity, while the Pentagon still estimated on Tuesday that Russian forces were 15 to 20 km from the center of the capital.

According to Pentagon estimates, Russian forces are also trapped 10 km from the center of Chernihiv, northeast of Kyiv. in this area, “They land, they move in the opposite direction, but not much“, He mentioned.

In Kharkiv (East), where fighting remains intense, Russian forces are still 15 to 20 km from the city center and face resistance.Very strong“Ukrainian.

According to a US Defense Department official, the Russian military is now prioritizing the pro-Russian separatist areas of Lugansk and Donetsk in the east. ,They deploy a lot of energy in the Lugansk/Donetsk region and especially around Lugansk“, he indicated.

,We believe they are trying to crush Ukraine’s army“Who have been posted in the frontline with separatist areas since 2014,”so that they cannot be used elsewhere”, he elaborated.

To the south, the Pentagon noted that the Russian Navy is using the port of Berdysk, on the Sea of ​​Azov, for refueling. Berdysk is one of the few cities that Russian forces managed to control on the 28th day of their offensive.

In the end, the Pentagon sees no change around Odessa. The US official said that if multiple missiles were fired from Russian ships in the direction of Odessa earlier this week, it did not happen again on Tuesday or Wednesday.