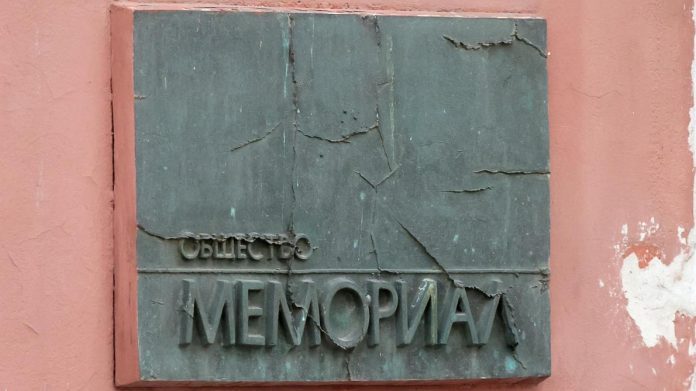 YouA Moscow court on Friday ordered the seizure of offices in Russia’s capital Memorial, banned from Russia, hours after the NGO won the Nobel Peace Prize with a Belarusian activist and a Ukrainian NGO.

The main complex of the Memorial in Russia has been “turned into public property”, the Tverskoy court told Interfax news agency after another lawsuit against the NGO.

The organization’s administrative divisions house the Memorial’s downtown Moscow offices, as well as regularly host exhibitions open to the public.

According to the Ria Novosti news agency, a representative of the Tverskoy court claimed that the memorial “marked its participation in the rehabilitation of Nazi criminals, defamed the authorities and created a false image of the USSR”.

Banned in Russia since December 2021, the monument is a reference to the fight for independence and commemorating political repression in the country and in the former USSR.

He was jointly awarded the Nobel Peace Prize with Belarusian activist Ales Belyatsky and the Ukrainian Center for Civil Liberties on Friday amid Moscow’s military offensive in Ukraine.