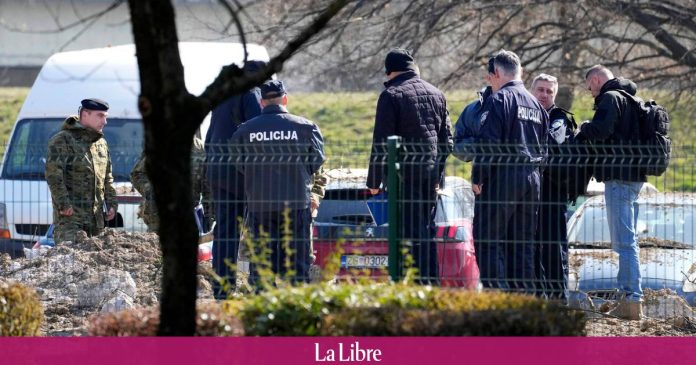 The craft flew over Romania and Hungary, all three NATO countries, before crashing in Croatia, according to information from Croatian officials.

Croatian Prime Minister Ledi said, “According to the information we have, the unmanned military vehicle that crashed yesterday is (…) of Russian manufacture. We do not know at the moment whether it was in the possession of Russian forces or Ukrainians.” ” Plenkovic told Croatian media in Versailles, where he is attending a summit of EU leaders.

The craft “came from Hungary to Croatia, and according to (Hungarian) Prime Minister Viktor Orban, it came to Hungary from Romania,” Plenkovi said.

Zagreb is about 550 kilometers as the crow flies through the closest border with Ukraine, which has been facing an offensive by Russian forces since February 24.

Authorities closed access to the machine’s fall area, a park located six kilometers from the city center, on Friday morning. According to a press release, residents who heard the sound of “explosion after machine collapse” alerted the police before midnight.

According to the same source, “a crater was discovered in the green zone” of Jarun Park “two parachutes” along the border of a lake. Many cars were damaged.

According to a statement from the Croatian Defense Ministry, the drone entered Croatian airspace while flying at a speed of 700 km/h and at an altitude of 1,300 m from the east of the country.

“Why this happened, whether it was a mistake or a loss of control, we can’t say for sure at this time. We know it flew over Croatia for a few minutes before crashing in Zagreb,” Plenkovic said.

According to Croatian army chief Robert Haranj, this is a “rather serious incident”.

“We already know a lot, but a thorough investigation is underway to find out what happened. We are in close contact with NATO commanders,” he said.

Local media, quoting a military aviation expert, say it could be one of the Tupolev Tu-141s recently used by Ukrainian forces.

It is a Soviet-made remote-controlled vehicle that was used in the 1970s and 1980s. It descends using a parachute.