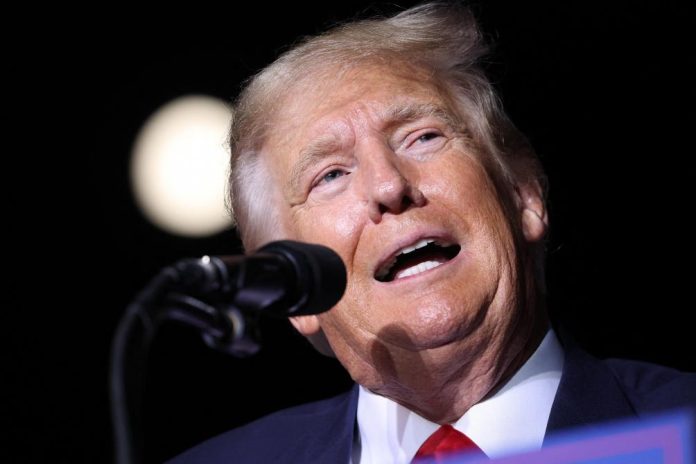 IsAfter former US President Donald Trump received a summons in May to return boxes of confidential documents to officials, he instructed his staff to move them to another location in his home. So said a former employee of Trump’s Mar-a-Lago resort Washington Post, According to CNN, the FBI has surveillance footage showing an employee carrying boxes from a storage room.

According to Washington Post, the testimony offers the clearest evidence yet that Trump tried to sabotage a federal investigation. Several months after the summons, the FBI raided Mr Trump’s home in early August, where more than 11,000 government documents were found. According to Washington Post, the former employee was questioned several times by the Ministry of Justice. The man initially denied transferring the confidential documents, but later changed his statement and admitted that Trump had asked him to move the boxes.

The Justice Department would not comment on the newspaper’s disclosure. A Trump spokesman accused the department of releasing “misleading and inaccurate information” to the press in a response.

new York Times Last week it was learned that not all missing documents have been found even after a search of Mar-a-Lago. That’s why investigators are skeptical about the former president’s cooperation in the search for the missing documents.