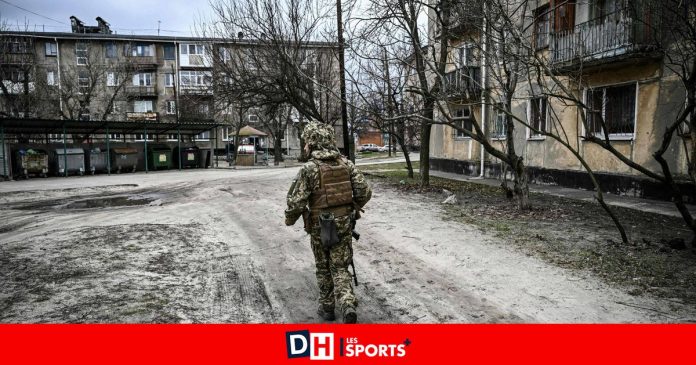 The video was posted on Twitter by “NEXTA” media. This Belarusian news channel also added the caption “Putin frees #Lubansk from invaders”. It’s hard to say exactly how long this is from. Nor to define the exact location, but according to the Daily Mail, it appears the images were taken in the Luhansk region in eastern Ukraine.

In this video, a car passes in front of a mass grave several kilometers long. The cemetery is decorated with flags, flowers and pictures of fallen soldiers.

Last June, Russia was formal and announced that it had “liberated” 97% of the city of Luhansk. An important strategic move as it made it possible to seize the industrial heart of Ukraine.

The Daily Mail specifies that the country’s occupation of the city is disputed. In fact, about thirty soldiers were abandoned by their commanders on the front lines. He would have asked to be transferred to Russia. Other footage also showed Russians retreating in an attack in the southern city of Kherson.

Map locating the city of Kherson, which was vacated by the Russian occupation administration before the advance of Ukrainian troops

According to some reports, soldiers cannot tolerate being sent to the front as ‘cannon fodder’ without any military training. In addition, most families still have not received the 300,000 rubles (about 4,900 euros) that they were supposed to receive for their military service.