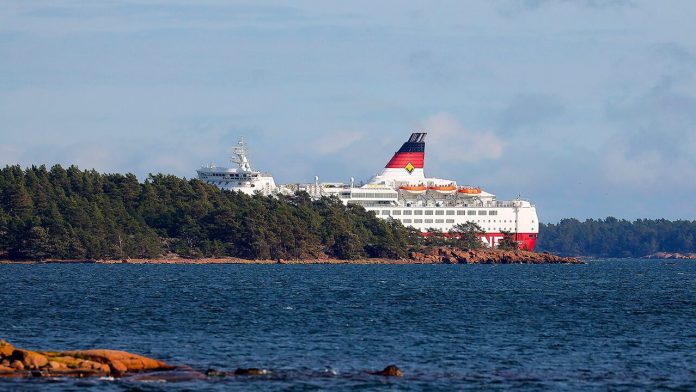 HELSINKI – About 300 people were aboard the Baltic Sea passenger ferry Island Islands An archipelago without injuries on Sunday between Finland and Sweden, and rescue officials were preparing to evacuate the ship, Finnish officials said.

The Finnish Coast Guard has stated that the M / S Amorella, operated by ferry company Viking Line between the Finnish western port city of Turku and the Swedish capital Stockholm, is currently “stuck on the ground” south of Langnas Port on Land Island.

The Viking Line cruise ship M / S Amorella from Floland is spotted near the Island Islands on Sunday, September 20, 2020. Finnish officials say a boat carrying about 300 Baltic Sea passengers has been unveiled in the Aland Island archipelago between Finland. Sweden without injuries. (AP by Niklas Norland / Lehitkuva)

The Coast Guard was notified of the incident just before 1pm Finnish time. Officers were investigating why the ferry was running.

Land Island, an autonomous Finnish region, is between the two port cities and M / s Amorella was preparing to make a scheduled stop on the way to Stockholm.

See also  'Up to $10,000 a night': New revelations about the Trump hotel and its frequent visitors