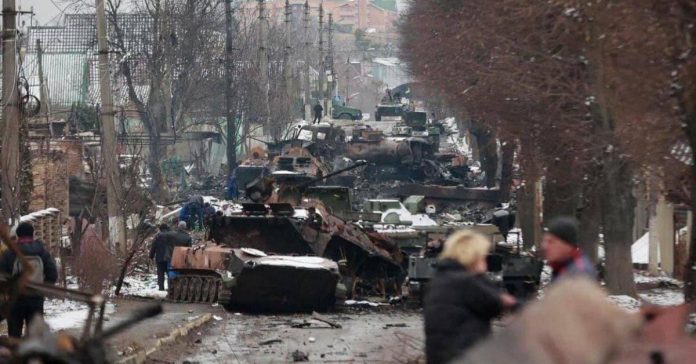 Local officials said on Facebook on Monday that the mayor of Hostomel, a municipality that hosts a military base northwest of Kyiv, was deliberately shot by Russian soldiers.

According to the city council, like two other associates, Yuri Prilipko was “distributing bread and medicine to the population”, when he was killed.

“No one had forced him to face enemy bullets. He, like hundreds of others, could have been hiding in a dungeon. (…) but he had made his decision”, said the press release, which is part of his life and his commitment since the Russian invasion. “He died for the community, died for Hostomel, A hero died. Eternal memory and our gratitude”, Congratulations to the Town Hall.

Hostomel’s area hosts the Antonov Military Airport, which was attacked by Russian forces on February 25, a day after the start of the invasion of Ukraine. “Given the situation”, add municipal officials, “it is impossible to be invited to the funeral”.

Russia did not comment on these statements, which could not be independently confirmed.

Since Russia invaded Ukraine a week and a half ago, Hostomel, most of its 16,000 residents, has been evacuated to flee the Russian advance.