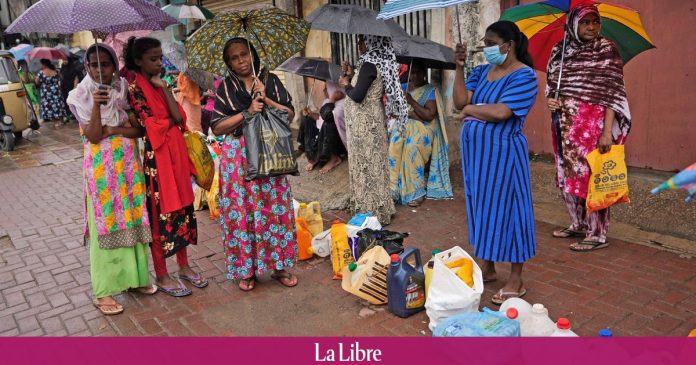 However, these food shortages not only lead to famine, but also weaken the immunity of populations exposed to infectious diseases due to lack of nutrition, Peter Sands, executive director of the Global Fund, underlined to AFP this week. ,

“I think the next health crisis has probably already begun. This is not a new virus, but the fact is that many malnourished people will be more vulnerable to the existing virus,” he explained during the interview. An interview with the Minister of Health in Yogyakarta, Indonesia, on the sidelines of a G20 meeting.

“I think the combined effects of infectious diseases, food shortages and energy crises could lead to millions more deaths.”

World governments must prioritize “primary health care, care provided in villages, communities” to mitigate the effects of the food crisis in the poorest and most vulnerable populations, on top of a $4 billion fund weighing in Britain outlined.

“It was a disaster for tuberculosis.” “In 2020, 1.5 million fewer people were treated for tuberculosis and this unfortunately means that hundreds of thousands of people will die from it, but also that they will infect others”.

For this health expert, a solution to the food crisis is essential to fighting tuberculosis, the world’s second deadliest infectious disease.

Western countries accused Russia of pressuring for concessions by blocking vital grain exports, putting many countries at risk of famine, which Moscow denies.

Germany is hosting an international conference on the food crisis on Friday in the presence of US diplomat Antony Blinken.

Tuberculosis is “an epidemic of the poor, which is why it has not attracted as much investment in research and development”, underlines Peter Sands.

“It’s a tragedy because it’s a disease that we know how to prevent, cure, and that we can get rid of.”