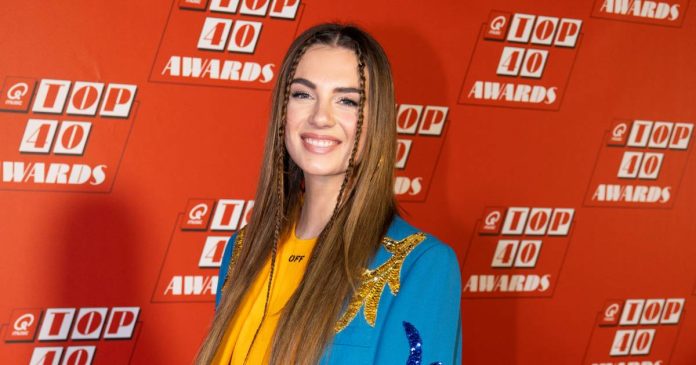 showbizFormer winner Mann de Steinwinkel (24) reacts for the first time after all the vicissitudes surrounding ‘The Voice’. “When it comes to music I have always experienced it as a safe and positive place to be,” she writes on Instagram. Also (former) ‘The Voice’ coaches are heard about abuses surrounding ‘The Voice of Holland’ after episodes of the online program ‘Boos’.

Read all about ‘The Voice of Holland’ here.

During his years on ‘The Voice of Holland’ Mann never had to deal with unpleasant experiences. On Instagram she indicates that she wants to be “clear once and for all” about this.

Mann writes, “I have never been mistreated by anyone and have always experienced this as a safe and positive place where music is concerned.” “Everyone involved in the program, including the coaches, has always treated me with the utmost respect and there has been no question of aggressive behavior, physical coercion or abuse of power towards me.”

Mann, who won ‘The Voice of Holland’ in January 2016 and served as coach of the comeback phase with Typhoons this season, says he is “extremely shocked” by the abuses unleashed by ‘Boos’. “Like many others who have been associated with ‘TVOH’ in recent years, I am shocked to hear that according to the reports of those involved, which have now surfaced, such abuses have taken place. I wish injustice has been done to him and I hope it will be probed to the bottom.”

Miss Montreal and Snell, both coaches on ‘The Voice Kids’, are “very surprised” by the episode. Saini Haines, popularly known as Miss Montreal, said on her Instagram page, “Like you, I am deeply shocked by the intense situations in ‘The Voice of Holland’ that were exposed in ‘ANGE’.” “I really don’t know what to say about this… I am silent. My condolences are with the victims.” The singer was a coach on ‘The Voice’ for three seasons.

Snell, who coached “The Voice Kids” for two seasons, is also disappointed with the online program. He said, “The news of ‘The Voice’ has also kept me busy in the last few days. Today’s episode of ‘Boos’ shocked me a lot. My condolences are with all the victims.”

In the fourth and fifth seasons, “The Voice” coach Ilse DeLange is “extremely shocked” and “deeply shocked” by the episode of “ANGE”. “After following the scary and bewildering news in recent days, I just watched an episode of ‘Boos,'” de Lange said on his Instagram Stories. “I think it’s terrible that people who wanted to make a musical dream come true ended up in such a nightmare. It’s good that it’s being investigated to the bottom. My heart goes out to all those victims.” To whom this has happened. I wish them lots of strength.” DeLange was also seen as a coach on the recent seasons of “The Voice Kids” and “The Voice Senior”.

Roel van Velgen, one of the first ‘The Voice of Holland’ coaches, noted the developments around the program with “disgust”. The singer, who is at the cradle of ‘The Voice’ with John de Mol, writes on Instagram.

“Over the past few days, and in the broadcast of ‘Boos’, I am horrified to learn of the developments surrounding ‘The Voice of Holland'”, writes van Veljen. “I hate the stories and I’m sad for all the victims now that it turns out this was not a safe environment for the many people out there.” VanVelzen wrote in “deep respect” for having the “strength and courage” of those involved in “coming forward with these stories”. “An extremely sad situation which I hope will start a movement. No one should be afraid to make their voice heard.”

Literally. Here are all the allegations in ‘The Voice of Holland’ scandal: “Out of nowhere he stuck his hand in my pants”