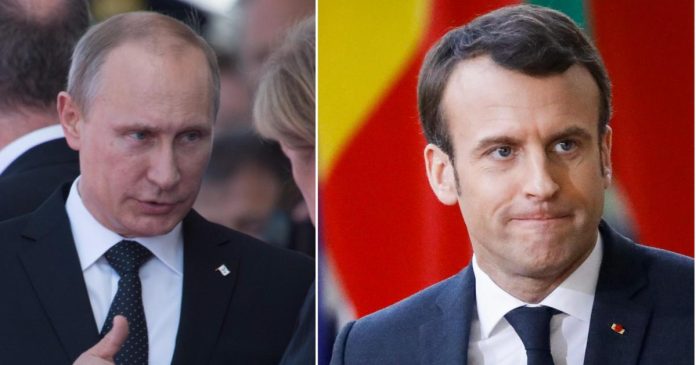 “After speaking with the Ukrainian President, and in consultation with him, the President called on Vladimir Putin to demand an immediate cessation of Russian military operations, recalling that Russia was exposing itself to major sanctions”, Elysee indicated. While Emmanuel Macron attended an extraordinary European summit in Brussels.

“During a telephone conversation conducted at the initiative of France, Russian President Vladimir Putin and French President Emmanuel Macron had a serious and frank exchange of views on the situation in Ukraine”, in a statement indicated the service of the Kremlin press.

The Kremlin said Mr Putin would have “explained the reasons and circumstances that led him to decide on a particular military operation”.

Earlier in the day, the Russian president had already confirmed that Russia has “no other way” but to launch its forces into Ukraine. Moscow has in recent weeks sought guarantees of its security from the West, particularly a promise that Ukraine would not join NATO.

The Russian president launched a military offensive in Ukraine on Thursday morning, killing dozens and drawing unanimous condemnation from Western countries, which imposed a slew of sanctions against Russia and called the offensive an unwarranted attack.

See also  Many women say they have been "stung" in a nightclub!